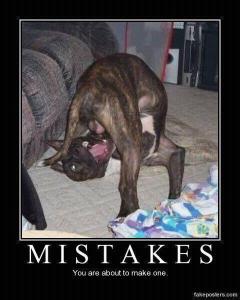 No English dictionary has been able to adequately explain the difference between those two words.
In a recently held linguistic competition held in London, England, attended by the best in the world, Samsundar Balgobin, a Guyanese man from Bachelors Adventure was the clear winner with a standing ovation lasting over five minutes.
Here is his answer which made him receive an invitation to dine with the Queen, who decided to call him after the contest. He won a trip to travel the world in style and a case of 25 year old Eldorado rum for his answer.
The question was this.
How do you explain the difference between COMPLETE and FINISHED in a way that is easy to understand?
Some people say there is no difference between COMPLETE and FINISHED.
Here is Mr. Balgobin’s astute answer:
“When you marry the right woman, you are COMPLETE. When you marry the wrong woman, you are FINISHED.
And when the right one catches you with the wrong one, you are COMPLETELY FINISHED!”
That’s my story and I’m sticking to it! Have a great Thursday people, and whatever you do, don’t forget to LAUGH IT UP! Peace I am outta here, Eucman!
QUOTES OF THE DAY
“I have witnessed the softening of the hardest of hearts by a simple smile.”
– Goldie Hawn
“I shall not waste my days in trying to prolong them.”
– Ian Fleming
“No man remains quite what he was when he recognizes himself.”
– Thomas Mann
G U A R A N T E D T O M A K E Y O U L A F F….
I was visiting my daughter last night when I asked if she had a newspaper handy.
“This is the 21st century Dad,” she said. “We don’t waste money on newspapers.
Here, use my I Pad.”
I can tell you this: that fly never knew what hit him.
Wednesday’s Movie Trivia of the day!‘ How much movie trivia can you answer?
What movie is this quote from???   “It is in your nature to do one thing correctly: Tremble.”
Answer: Manhunter! The vastly under-rated and over-shadowed “Manhunter” showcases the first appearance of Hannibal “The Cannibal” Lecktor. He is tapped by Wil Graham (William Peterson of “CSI” fame), an FBI profiler, to assist in finding the “Tooth Fairy” killer, Francis Dollarhyde.
The evil and twisted Dollarhyde speaks to “Tattler” reporter Freddy Lounds, whom he has kidnapped and will murder because of articles Lounds has published. This film is based on the book, “The Red Dragon” by Thomas Harris.
Thursday’s Movie Trivia of the day! ‘How much movie trivia can you answer? What movie is this quote from??? “I know the Presidents’ Chief Advisor, we were at MIT together. And, at this point in time, you really don’t want to take advice from a man who got a ‘C minus’ in astrophysics.”
Wednesday’s Quizzler is……….
Abby, Bob, Cindy and Don went to the toy store to get a new toy. They each bought a different toy. They paid a different price for their items. Work out who bought what toy for what price.
Kids: Abby, Bob, Cindy, Don
Toys: Ball, Skipping rope, Paper doll, Book
Prices: $1, $1.50, $2, $2.50
1) A boy bought the ball.
2) Cindy paid with a bill and got less than $3 back.
3) The $1 item was made from paper.
4) The boys only brought $1.75 each.
5) The skipping rope was exactly $1 more than the ball.
6) The book was not $2.
7) Someone with an “n” in their name bought the ball.
ANSWER: Abby bought the $2 paper doll.
Bob bought the $1 book.
Cindy bought the $2.50 skipping rope.
Don bought the $1.50 ball.
Thursday’s Quizzler is……….
What phrase is this?
Filming Schedule for GODS the Movie:
Venus 14:00
Mars 17:00
Mercury – Forbidden to film

Look for answers to today’s quizzlers in FRIDAYS Jokes, Quotes, Quizzlers & Teases!  Like this newsletter? Want to receive it daily? Also if you are on the list and do not want to continue to receive this email and would like your name removed from this distribution list, please send an email to the Eucman at Eucstraman@hotmail.com.   https://dailyjokesquotesquizzlersandteases.wordpress.com/ LINKS2 CHECK OUT: http://www.slampi.org. http://www.hopeBUILD.org. http://www.wcscatering.com. http://www.Eucman.freedom10.com,