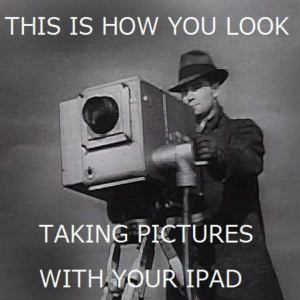 “Looking back over the years that we’ve been together, I can’t help but wonder: What was I thinking?”

As the days go by, I think of how lucky I am…that you’re not here to ruin it for me.

You had your bladder removed

and you’re on the mends,

here’s a bouquet of flowers

and a box of Depends.

“Congratulations on your wedding day! Too bad no one likes your wife.”

“How could two people as beautiful you have such an ugly baby?”

’cause when I had mine

I got real snippy.

“If I get only one thing for Christmas, I hope it’s your sister.”

“I’ve always wanted to have someone to hold, someone to love. After having met you, I’ve changed my mind.”

“I must admit, you brought religion in my life. I never believed in Hell until I met you.”

“As you grow older, Mom, I think of all the gifts you’ve given me, like the need for therapy.”

“Congratulations on your promotion. Before you go, would you like to take this knife out of my back? You’ll probably need it again.”

Heard your wife left you.

How upset you must be.

But don’t fret about it,

she moved in with me.

“Someday I hope to get married, but not to you.”

“Happy Birthday! You look great for your age—almost lifelike!”

“When we were together, you always said you’d die for me. Now that we’ve broken up,

I think it’s time you kept your promise.”

“I’m so miserable without you, it’s almost like you’re here.”

“Congratulations on your new bundle of joy. Did you ever find out who the father was?”

life jacket–I’d miss you a lot and think of you often.”

“We have been friends for a very long time, what say we call it quits.”

“Your friends and I wanted to do something special for your birthday—so we’re having you put to sleep.”

That’s my story and I’m sticking to it! Have a wonderful Wednesday people and whatever you do, don’t forget to LAUGH IT UP! Peace, I am outta here, Eucman!

“I often quote myself. It adds spice to my conversation.” – George Bernard Shaw

“Experience teaches slowly and at the cost of mistakes.” – James A. Froude

“You do ill if you praise, but worse if you censure, what you do not understand.”

A group of psychiatrists were attending a convention. Four of them decided to leave, and walked out together. One said to the other three, “People are always coming to us with their guilt and fears, but we have no one that we can go to when we have problems.” The others agreed.

Then one said, “Since we are all professionals, why don’t we take some time right now to hear each other out?”

The other three agreed.

The first then confessed, “I have an uncontrollable desire to kill my patients.”

The second psychiatrist said, “I love expensive things and so I find ways to cheat my patients out of their money whenever I can so I can buy the things I want.”

The third followed with, “I’m involved with selling drugs and often get my patients to sell them for me.”

The fourth psychiatrist then confessed, “I know I’m not supposed to, but no matter how hard I try, I can’t keep a secret…”

Tuesday’s Movie Trivia of the day!‘ What movie is this quote from???  “Cute! Baby ducks are cute. I want to be exotic.”

Answer: Bull Durham! Another Susan Sarandon quote. This movie also starred Tim Robbins and Kevin Costner. Susan said this quote to Tim when she was trying to seduce him and it wasn’t working. He said she was cute and that was her reply.

Wednesday Movie Trivia of the day! What movie is this quote from??? “He’s beaten me, tortured me, and I think you’re next, dear.”

1. A woodwind instrument that dates back to the mid 16th century.

2. A sweet treat that is sometimes made with nuts or raisins.

3. A term that can be used to describe boats and ships.

4. A character in a courtroom.

6. This word has 3 consecutive double letters!

Clue: A woodwind instrument that dates back to the mid 16th century.

Clue: A sweet treat that is sometimes made with nuts or raisins.

Toffee is a candy that is made by boiling molasses with butter. Common toffee flavors are rum & butter, chocolate, vanilla, chocolate, rum & raisin, and honeycomb.

Clue: A term that can be used to describe boats and ships.

A keel is a structural element of a ship that is called the “spine of the ship.” It is a long beam in the center of the ship that the hull is built around. Keel is an interesting word because some scholars believe it to be the first English language word ever recorded in writing.

Clue: A character in a courtroom.

An appeal, in law jargon, is the request to change a ruling made by one court. Often appeals are filed in higher courts that have the ability to reverse rulings made by lower courts. The party that files the appeal is appellant. The appellant wants the first ruling changed. The other party is the appellee. The appellee won the case in the lower court and wants the ruling to stay unchanged.

Walloon is a Romance language heard in Wallonia, Belgium. It sounds most like the French language. However, it is not a French dialect. People who speak the Walloon language are called Walloons.

Read the little poem and answer its question if you can.

The number of girls who do wear a watch

is double the number who don’t.

But the number of boys who do not wear a watch

is double the number who do.

If I tell you the number of girls in my class

is double the number of boys,

Can you tell me the number I teach? Here’s a clue:

LOOK for answers to today’s quizzlers in THURSDAYS Jokes, Quotes, Quizzlers & Teases!  Like this newsletter? Want to receive it daily? Also, if you are on the list and do not want to continue to receive this email and would like your name removed from this distribution list, please send an email to the Eucman at Eucstraman@hotmail.com. https://dailyjokesquotesquizzlersandteases.wordpress.com/