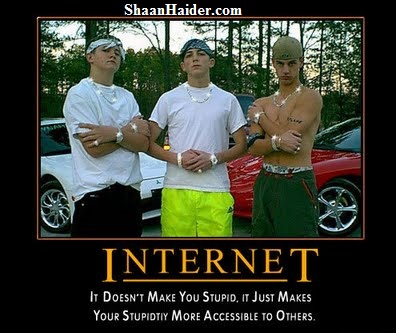 The woman always makes the rules

These rules are subject to change without notice

No man can possibly know all the rules

The woman is never wrong

If it appears the woman is wrong, it is because of a flagrant misunderstanding

caused by something the man did or said

The man must apologies immediately for causing the misunderstanding

The woman can change her mind at any time

At all times, what is important is what the woman meant, not what she said.

That’s my story and I’m sticking to it! Have a great Thursday people, and whatever you do, don’t forget to LAUGH IT UP! Peace, I am outta here, Eucman!

“A new study has found that being good-looking can hurt a man’s career because the people in charge of hiring see attractive men as a threat. So if you’re a man who was recently hired for a new job, congratulations. You’re hideous.” -James Corden

“The Paris climate agreement calls for countries to try and keep the temperature of the planet from rising more than 2 degrees. Or in other words, they have the same attitude about the Earth’s temperature that your dad has about the thermostat: ‘Who turned this up?'” -Jimmy Fallon

“They’re predicting the new ‘Star Wars’ film could gross more than $2 billion. The United States just promised $800 million as part of the Paris agreement to fight climate change, which means we’re spending more than twice as much to see ‘Star Wars’ as we are to save the actual world.” -Jimmy Kimmel

A few days later we had a power outage, and our classroom clocks had not been reset. I asked Luis, who was wearing a wristwatch, for the time. Luis looked at his wrist, and then confidently announced, “It is exactly ten o’watch.”

Wednesday’s Movie Trivia of the day!‘ What movie is this quote from???  ‘They’re just farmers with pitchforks!’

Answer: The Patriot! I forgot the general’s name.

Thursday Movie Trivia of the day! What movie is this quote from??? ‘Oh, and that’s based on what, your professional attraction to her?’

In chemistry, particularly organic chemistry, molecules are drawn using – and = to represent covalent bonds between the atoms making a molecule. (There are triple bonds too, but I can’t represent those using the basic character set). A covalent bond has both atoms sharing an electron pair, or sharing two electron pairs in a double bond. In the initial examples, there are representations of oxygen, water and carbon dioxide molecules. The advantage in organic chemistry, for these representations, is that larger and larger molecules could have the same atoms but in different configurations, (such as ketones and aldehydes, for example).

The title is a quote from Bond in Dr No, referring to the age of the champagne bottle he was defending himself with. The hint is simply a reference to Bond’s boss, M, and the research and development man, Q.

What do these sentences translate to?

“A research team proceeded towards the apex of a natural geologic protuberance, the purpose of their expedition being the procurement of a sample of fluid hydride of oxygen in a large vessel, the exact size of which was unspecified. One member of the team precipitously descended, sustaining severe damage to the upper cranial portion of his anatomical structure; subsequently the second member of the team performed a self rotational translation oriented in the same direction taken by the first team member.”

LOOK for answers to today’s quizzlers in FRIDAYS Jokes, Quotes, Quizzlers & Teases!  Like this newsletter? Want to receive it daily? Also, if you are on the list and do not want to continue to receive this email and would like your name removed from this distribution list, please send an email to the Eucman at Eucstraman@hotmail.com.https://dailyjokesquotesquizzlersandteases.wordpress.com/