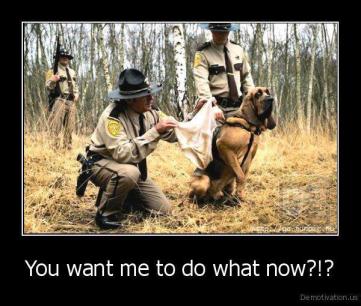 The great question… which I have not been able to answer… is, ‘What does a woman want?’  Sigmund Freud

I had some words with my wife, and she had some paragraphs with me. Anonymous

‘I don’t worry about terrorism. I was married for two years.’ Sam Kinison

‘There’s a way of transferring funds that is even faster than electronic banking. It’s called marriage.’ James Holt McGavran

‘I’ve had bad luck with both my wives. The first one left me and the second one didn’t.’ Patrick Murray

2). Whenever you’re right, shut up. Nash

The most effective way to remember your wife’s birthday is to forget it once. Anonymous

Marriage is a great institution, but I’m not ready for an institution yet.  Mae West.

Marriage is the only war where one sleeps with the enemy. Anonymous

A man inserted an ‘ad’ in the classifieds: ‘Wife wanted’. Next day he received a hundred letters. They all said the same thing: ‘You can have mine.’ Anonymous

That’s my story and I’m sticking to it! Have a wonderful Wednesday people, and whatever you do, don’t forget to LAUGH IT UP! Peace, I am outta here, Eucman!

“Always forgive your enemies; nothing annoys them so much.” –Oscar Wilde

“Always get married early in the morning. That way, if it doesn’t work out, you haven’t wasted a whole day.” –Mickey Rooney

“Only I can change my life. No one can do it for me.” –Carol Burnett

Nigel and Stephen, are keen fishermen and wine drinkers; here you can see a photo taken while they are enjoying some night fishing while on holiday, with their wives, in Poitou-Charente, France, last year.

Slurping a large Bordeaux Supérieur, Nigel announces, ‘I think I’m going to divorce my wife, she hasn’t spoken to me in eighteen months.’

Stephen downs his glass of the red wine thoughtfully and after a while responds, ‘Think it over a bit more, Nige; women like that are hard to find.’

Tuesday’s Movie Trivia of the day!‘ What movie is this quote from??? “Death by stereo!”

Wednesday Movie Trivia of the day! What movie is this quote from??? “I mean he went from totally geek, to totally chic!”

What does this rebus mean?

ANSWER: Paralyze with fear (Pair of lies with fear)

Fill in the blank below with a word that means the same as the word on the left when read normally and fits the definition on the right when read backwards.

LOOK for answers to today’s quizzlers in THURSDAYS Jokes, Quotes, Quizzlers & Teases!  Like this newsletter? Want to receive it daily? Also, if you are on the list and do not want to continue to receive this email and would like your name removed from this distribution list, please send an email to the Eucman at Eucstraman@hotmail.com.https://dailyjokesquotesquizzlersandteases.wordpress.com/