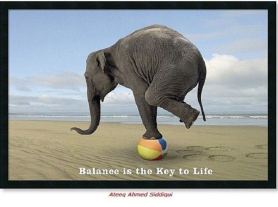 Paraprosdokians are figures of speech in which the latter part of a
sentence or phrase is surprising or unexpected, frequently humorous.
1. Where there’s a will, I want to be in it.
2. The last thing I want to do is hurt you. But it’s still on my list.
3. Since light travels faster than sound, some people appear bright until you hear them speak.
4. If I agreed with you, we’d both be wrong.
5. We never really grow up; we only learn how to act in public.
6. War does not determine who is right–only who is left.
7. Knowledge is knowing a tomato is a fruit. Wisdom is not putting it in a fruit salad.
8. To steal ideas from one person is plagiarism. To steal from many is research.
9. I didn’t say it was your fault; I said I was blaming you.
10. In filling out an application, where it says, ‘In case of emergency, Notify:’ I put ‘DOCTOR.’
11. Women will never be equal to men until they can walk down the street with a bald head and a beer gut and still think they are sexy.
12. You do not need a parachute to skydive. You only need a parachute to skydive twice.
13. I used to be indecisive. Now I’m not so sure.
14. To be sure of hitting the target, shoot first and call whatever you hit the target.
15. Going to church doesn’t make you a Christian any more than standing in a garage makes you a car.
16. You’re never too old to learn something stupid.
17. I’m supposed to respect my elders, but it’s getting harder and harder for me to find one now.
That’s my story and I’m sticking to it! Have a great Tuesday people, and whatever you do,
don’t forget to LAUGH IT UP! Peace, I am outta here, Eucman!

DAILY QUOTES…“Researchers say much of Florida could be underwater by the end of the century. On the bright side, they say it could happen much sooner.” -Conan O’Brien

“It’s the first day of spring, so congratulations to the people of Nebraska, who survived winter. Now all you’ve got to do is get through severe thunderstorm and tornado season.” -James Corden
“The U.S. Surgeon General released a statement this week that said more Americans should start going on walks. Then to everyone’s surprise, he added, ‘Even if you’re just going out to have a smoke. Just stand up for once.'” -Jimmy Fallon

G U A R A N T E D T O M A K E Y O U L A F F…. A man went to his dentist because he feels something wrong in his mouth. The dentist examines him and says, “that new upper plate I put in for you six months ago is eroding. What have you been eating?”

The man replies, “all I can think of is that about four months ago my wife made some asparagus and put some stuff on it that was delicious…Hollandaise sauce. I loved it so much I now put it on everything — meat, toast, fish, vegetables, everything.”
“Well,” says the dentist, “that’s probably the problem. Hollandaise sauce is made with lots of lemon juice, which is highly corrosive. It’s eaten away your upper plate. I’ll make you a new plate, and this time use chrome.” “Why chrome?” asks the patient.
To which the dentist replies, “It’s simple. Everyone knows that there’s no plate like chrome for the Hollandaise!”
Monday’s Movie Trivia of the day!‘ What movie is this quote from???

‘I know something of a woman in a man’s profession. Yes, by God, I do know about that.’

Tuesday Movie Trivia of the day! What movie is this quote from???  ‘Cecile! Keep your legs closed! This isn’t Jamaica!’

Monday’s Quizzler is……….
A science teacher told his after school class, “Whoever can get this egg into this smaller glass bottle will win no homework for a week! The rules are: the egg has to go into the bottle in one piece, and you can’t break the bottle. You can also use anything in the science lab. So, do we have any volunteers?”
A boy raised his hand and the teacher pointed at him. The boy took the egg and looked around the science lab for the things he could use. He saw some writing paper, a pack of matches, some vinegar, a sink, and the glass bottle. By the end of the after school class, the boy had gotten the egg into the smaller bottle.
How did he do it?  Note that, without doing anything to the egg, the egg can’t fit into the bottle.

ANSWER: First, soak the egg in the vinegar which softens the shell without compromising the egg. Next, take some of the writing paper and shred it into pieces. Take the shredded pieces and put them into the glass bottle. Take a match and light a fire inside the bottle with the shredded paper. After, take the vinegar-soaked egg and put it on the top of the bottle so no oxygen can get into the bottle. The fire can’t live without any oxygen so it will try to suck oxygen from the entrance which the egg is blocking. When the fire does this, the fire becomes like a vacuum. So, basically, the fire sucks the egg into the bottle to try to get the oxygen. After a short while, the shell will reharden and that’s how the egg got into the bottle.

Tuesday’s Quizzler is……….
There is a common English word that is nine letters long. Each time you remove a letter from it, it still remains an English word – from nine letters right down to a single letter. What is the original word, and what are the words that it becomes after removing one letter at a time?

LOOK for answers to today’s quizzlers in WEDNESDAYS Jokes, Quotes, Quizzlers & Teases!  Like this newsletter? Want to receive it daily? Also, if you are on the list and do not want to continue to receive this email and would like your name removed from this distribution list, please send an email to the Eucman at Eucstraman@hotmail.com.https://dailyjokesquotesquizzlersandteases.wordpress.com/