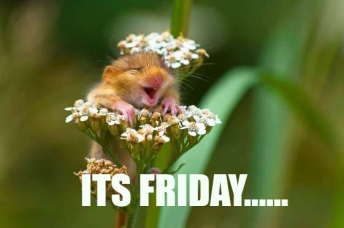 Most people assume WWJD is for “What would Jesus do?” But the initials
really have been changed to stand for “What would Jesus drive?” One theory
is that Jesus would tool around in an old Plymouth because the Bible says,
“God drove Adam and Eve out of the Garden of Eden in a Fury.”
But in Psalm 83, the Almighty clearly owns a Pontiac and a Geo. The passage
urges the Jesus to “pursue your enemies with your Tempest and terrify them
with your Storm.” Perhaps God favors Dodge pickup trucks, because Moses’
followers are warned not to go up a mountain “until the Ram’s horn sounds
a long blast.” Some scholars insist that Jesus drove a Honda but didn’t like to
talk about it. As proof, they cite a verse in St. John’s gospel where Christ tells
the crowd, “For I did not speak of my own Accord…”
Meanwhile, Moses rode an old British motorcycle, as evidenced by a Bible passage
declaring that “the roar of Moses’ Triumph is heard in the hills.” Joshua drove a
Triumph sports car with a hole in its muffler: “Joshua’s Triumph was heard
throughout the land.” And, following Jesus’ lead, the Apostles car pooled in a Honda…
“The Apostles were in one Accord.” That’s my story and I’m sticking to it!  Have a great
Thursday people, and whatever you do, don’t forget to LAUGH IT UP! Peace I am outta here, Eucman!
——————————————————————————————————————————–
DAILY QUOTES...
Sir, if you were my husband, I would poison your drink: Lady Astor to Winston Churchill Madam, if you were my wife, I would drink it: Was Winston’s reply.

Work is the curse of the drinking class: Oscar Wilde.

When I read about the evils of drinking, I gave up reading: Henny Youngman.

He was a wise man who invented beer: Plato.

He talked with more claret than clarity: Susan Ertz

One reason I don’t drink is that I want to know when I am
having a good time: Nancy Astor

Beer is proof that God loves us and wants us to be happy: Benjamin Franklin.

You’re not drunk if you can lie on the floor without holding on: Dean Martin.

The problem with the world is that everyone is a few drinks behind : Humphrey Bogart.

G U A R A N T E D T O M A K E Y O U L A F F….
Paul, an accomplished juggler was driving to his next performance in Baltimore
when he is stopped by the Highway patrol. ‘What are these matches and lighter fluid
doing in your car?’ inquires the cop. ‘I’m a juggler and I juggle flaming torches in my act,’
announces Paul amiably. ‘Oh yeah?’ says the doubtful cop. ‘Let’s see you do it then.’
Sighing, Paul the juggler climbs out of his motor and starts juggling the blazing torches masterfully.
A couple driving by slows down to watch. ‘Wow,’ says the driver to his wife. ‘I’m glad
I quit drinking. Look at the test they’re giving now.’😐

This movie from 1987 starred Robin Williams as army disc-jockey Adrian Cronauer who gets transferred to Vietnam during the war and injects some humor, and more rock music into the broadcasts on Armed Forces Radio, ruffling the feathers of management,
but raising the morale of the troops.
Fridays Movie Trivia of the day!
‘”Your son has been pretending to be a substitute teacher, lecturing the students, uh, giving out homework, uh. Mrs. Glasser has been ill, there was some confusion with the real sub. Your son held a teacher-parent conference yesterday and was planning a class field trip to a French bread factory in Trenton.”

Thursday’s Quizzler is……….
The following clues each form a unique word by themselves, add them together to get the name of a country. Example: blue and yellow mixed + solid ground = ? Answer:
green + land = Greenland

1. something that will make you sick + an indefinite number = ?

Take a sheet of paper – any size that you happened to have (remember, just imagine this paper). Now fold this sheet of paper in half and now fold it in half again, at right angles to the first fold. Now you have four thicknesses of paper. Now imagine you use scissors and cut through all four thicknesses, right down the middle of the paper, parallel to the first fold you made. Now, imagine, how many pieces of paper do you have now? Don’t get paper and scissors to solve this one – try to picture this in your mind!

LOOK for answers to today’s quizzlers in MONDAY’S Jokes, Quotes, Quizzlers & Teases!  Like this newsletter? Want to receive it daily? Also, if you are on the list and do not want to continue to receive this email and would like your name removed from this distribution list, please send an email to the Eucman at Eucstraman@hotmail.com.https://dailyjokesquotesquizzlersandteases.wordpress.com/
LINKS: http://www.slampi.org., http://www.hopeBUILD.org. http://www.GodLovesPraise.com, http://www.stlzoo.org