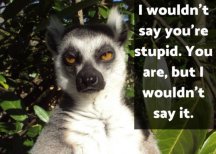 My world is based on the daily perception of laughter as I look to accentuate the positive in every area of life.  Laughter is food for the soul and jokes are simply a gateway to a smile. Here are 2 of a million quotes about laughter.

That’s my story and I’m sticking to it. Have a wonderful rest of your day people. Euclid C. Strayhorn.