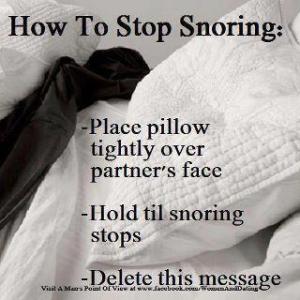 Parents need more words to describe the weird things that happen to them on a regular basis. Here are some suggestions.

1. AQUADEXTROUS (ak wa deks’trus)adj. Possessing the ability to turn the bathtub faucet on and off with your toes.

2. CARPETUATION (kar pet’ u a shun)n. The act, when vacuuming, of running over a string or a piece of lint at least a dozen times, reaching over and picking it up, examining it, then putting it back down to give the vacuum one more chance.

3. DISCONFECT (dis kon fekt’) v. To sterilize the piece of candy you dropped on the floor by blowing on it, assuming this will somehow ‘remove’ all the germs.

4. ELBONICS (el bon’iks) n. The actions of two people maneuvering for one armrest in a movie theater.

5. UNDUST (un dust’)n. The small line of debris that refuses to be swept onto the dust pan and keeps backing a person across the room until he finally decides to give up and sweep it under the rug.

6. LACTOMANGULATION (lak’ to man gyu lay’ shun)n. The act of manhandling the “open here” spout on a milk container so badly that one has to resort to the ‘illegal’ side.

7. PEPPIER (peph ee ay’)n. The waiter at a fancy restaurant whose sole purpose seems to be walking around asking diners if they want ground pepper.

8. PHONESIA (fo nee’ zhuh)n. The affliction of dialing a phone number and forgetting whom you were calling just as they answer.

10. TELECRASTINATION (tel e kras tin ay’ shun)n. The act of always letting the phone ring at least twice before you pick it up, even when you’re only six inches away.

That’s my story and I’m sticking to it! Have a great Monday people, and whatever you do today, don’t forget to LAUGH IT UP! Peace I am outta here, Eucman!

QUOTES OF THE DAY
A conference is a gathering of important people who singly can do nothing, but together can decide that nothing can be done. – Fred Allen

A cement mixer collided with a prison van on the Kingston Pass. Motorists are asked to be on the lookout for sixteen hardened criminals. – Ronnie Corbett

They think they can make fuel from horse manure. Now I don’t know if your car will be able to get thirty miles to the gallon, but it’s sure gonna put a stop to siphoning. – Billie Holliday

I date this girl for two years-and then the nagging starts: “I wanna know your name.”
– Mike Binder

Advertising: The science of arresting the human intelligence long enough to get money from it.
– Stephen Leacock

Did you ever notice when you blow in a dog’s face he gets mad at you? But when you take him in a car he sticks his head out the window. – Steve Bluestone

Everything is drive-through. In California they even have a burial service called Jump-In-The-Box.
– Wil Shriner

G U A R A N T E D T O M A K E Y O U L A F F….
An Amish boy and his father were visiting a mall for the first time. They were amazed by almost everything they saw, but especially by two shiny, silver walls that could move apart and back together again. The boy asked his father, “What is this, Father?” The father (never having seen an elevator) responded “Son, I have never seen anything like this in my life, I don’t know what it is.” While the boy and his father were watching wide-eyed, an old lady in a wheel chair rolled up to the moving walls and pressed a button. The walls opened and the lady rolled between them into a small room. The walls closed and the boy and his father watched small circles of lights with numbers above the walls light up. They continued to watch the circles light up in the reverse direction. The walls opened up again and a beautiful 24-year-old woman stepped out. The father said to his son, “Go get your mother.”

Friday’s Movie Trivia of the day!‘ How much movie trivia can you answer?
What movie is this quote from??? “I was cured, all right.”

Answer: A Clockwork Orange (1972) Menacing and sarcastic even after he has supposedly been cured of his psychopathic tendencies, Alex (Malcolm McDowell) lets the audience know he is still a threat to all. Stanley Kubrick’s film adaptation of the 1962 Anthony Burgess novel was so shocking and violent, that it initially earned an “X” rating.

Monday’s Movie Trivia of the day! ‘How much movie trivia can you answer?
What movie is this quote from??? “Well, come and see a fat old man sometime.”

Friday’s Quizzler is……….
The following are colloquialisms/idioms written in their literal form. Try to find all four.

Example: A Panthera Pardus is incapable of altering its texture. (A leopard can’t change its spots)

1. A colorless crystalline carbon existing within a uncouth environment.

2. Descending in the manner of the order of Diptera.

3. A late pop singer has departed from the premises.

4. To be delivered by metallic object that brings forth a great ringing noise.

ANSWER: 1. A Diamond in the Rough–A term referring to someone with good character, but lacking social grace.

2. Dropping like flies–This means to lose attention or become bored easily. It can also mean for a large number of people to get sick very rapidly.

3. Elvis has left the building–It was an announcement made at the end of Elvis’ concerts to get fans to leave. It is now used when a major event has ended.

4. Saved by the bell–Now used when someone is in trouble, and is saved by an unrelated cause.

Monday’s Quizzler is……….
Can you decipher this rebus?

Look for answers to today’s quizzlers in TUESDAYS Jokes, Quotes, Quizzlers& Teases! Like this newsletter? Want to receive it daily? Also if you are on the list and do not want to continue to receive this email and would like your name removed from this distribution list, please send an email to the Eucman at Eucstraman@hotmail.com. https://dailyjokesquotesquizzlersandteases.wordpress.com/ LINKS2 CHECK OUT: http://www.slampi.org. http://www.hopeBUILD.org. http://www.wcscatering.com. http://www.Eucman.freedom10.com.