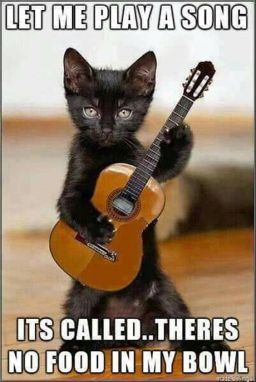 WELCOME to Wednesday, May 31, 2017.
Here’s the story…….
English professors love to catch the errors students make in their term papers, and
they love nothing better than to catch mixed metaphors. The “friends and survivors”
of Calvin College English department collected this list of mixed metaphors and posted them on their web site:
“He swept the rug under the carpet.”
“She’s burning the midnight oil at both ends.”
“It was so cold last night I had to throw another blanket on the fire.”
“It’s time to step up to the plate and cut the mustard.”
“She’s robbing Peter to pay the piper.”
“He’s up a tree without a paddle.”
“Beware my friend…you are skating on hot water.”
“Keep your ear to the grindstone.”
“Sometimes you’ve gotta stick your neck out on a limb.”
“Some people sail through life on a bed of roses like a knife slicing through butter.”
AND that’s my story and I’m sticking to it! Have a wonderful Wednesday people and
whatever you do, don’t forget to LAUGH IT UP! Peace, I am outta here, Eucman!
DAILY QUOTES…
“I have tried to know absolutely nothing about a great many things,
and I have succeeded fairly well.” –Robert Benchley
“Standing ovations have become far too commonplace. What we need are ovations
where the audience members all punch and kick one another.” –George Carlin
“There exists a widespread myth that humans should learn about sex from their parents.
My relationship with my father nearly ended when he tried to teach me how to drive.
I can’t imagine our relationship having survived his instructing me how to have sex.” –Bob Smith
G U A R A N T E D T O M A K E Y O U L A F F….
Tommy had reached school age. His mother managed with a blast of propaganda to make him enthusiastic about the idea.
She bought him lots of new clothes, told him of the new friends he’d meet, and so on.
When the first day came, Tommy eagerly went off and came back home with a lot of glowing reports about school.
The next morning when his mother woke him up, he asked, “What for?” She told him it was time to get ready for school.
“What?” he asked. “Again?” 😏😎
Tuesday’s Movie Trivia of the day!‘ What movie is this quote from???
‘You’re a hardship discharge if ever I saw one.’
ANSWER: Tigerland! Joel Schumacher made one of the most incredible and underated films about the Vietnam War.
A rebellious comedic private in training, Roland Bozz (Colin Farrell) somehow manages to get three of his fellow soldiers
from going to Vietnam with clever loopholes and compassion.
Wednesday’s Movie Trivia of the day!‘ What movie is this quote from???
‘I won’t let you hurt me Jerry, I’m too strong for you, loser!’
Tuesday’s Quizzler is……….
A Name Train is a puzzle where each name is connected together like box cars in a train. You are given the first car (the Engine) and the last car (the caboose), and you have to fill in the car or cars in between. Every two consecutive cars will form a name of a person or character. Joan [ ] Li. The answer is Joan Jet Li (Joan Jet-Female singer, Jet Li-Actor) Ready? OK here goes:
1. Matthew [ ] Mason
2. Bruce [ ] Majors
3. Larry [ ] [ ] Fonda
4. Ashley [ ] [ ] Mandela
5. Rick [ ] [ ] [ ] Luther
ANSWER: 1. Matthew Perry Mason
2. Bruce Lee Majors
3. Larry King Henry Fonda
4. Ashley Judd Nelson Mandela
5. Rick James Dean Martin Luther
Wednesday’s Quizzler is……….
Which letter comes next in the following sequence?
S, H, E, R, A, W, E, B, __
LOOK for answers to today’s quizzlers in THURSDAYS Jokes, Quotes, Quizzlers & Teases!  Like this newsletter? Want to receive it daily? Also, if you are on the list and do not want to continue to receive this email and would like your name removed from this distribution list, please send an email to the Eucman at Eucstraman@hotmail.com.https://dailyjokesquotesquizzlersandteases.wordpress.com/
LINKS: http://www.slampi.org., http://www.hopeBUILD.org. http://www.GodLovesPraise.com, http://www.stlzoo.org