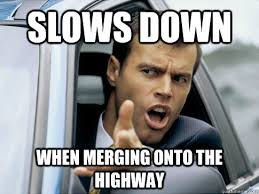 Merged Books….
Merge-Matic Books: Combine the works of two authors, and to provide a
suitable description of the merged book.
“Machiavelli’s The Little Prince” – Antoine de Saint-Exupery’s classic children’s
tale as presented by Machiavelli. The whimsy of human nature is embodied in
many delightful and intriguing characters, all of whom are executed.
“Green Eggs and Hamlet” – Would you kill him in his bed? Thrust a dagger through
his head? I would not, could not, kill the King. I could not do that evil thing.
I would not wed this girl, you see. Now get her to a nunnery.
“Where’s Walden?” – Alas, the challenge of locating Henry David Thoreau in each
richly-detailed drawing loses its appeal when it quickly becomes clear that he is always in the woods.
“Catch-22 in the Rye” – Holden learns that if you’re insane, you’ll probably flunk out
of prep school, but if you’re flunking out of prep school, you’re probably not insane.
“2001: A Space Iliad” – The Hal 9000 computer wages an insane 10-year war
against the Greeks after falling victim to the Y2K bug.
“Rikki-Kon-Tiki-Tavi” – Thor Heyerdahl recounts his attempt to prove Rudyard Kipling’s theory that the mongoose first came to India on a raft from Polynesia.
“The Maltese Faulkner” – Is the black bird a tortured symbol of Sam’s struggles with race and family? Does it signify his decay of soul along with the soul of the Old South? Is it merely a crow, mocking his attempts to understand? Or is it worth a cool mil?
“Jane Eyre Jordan” – Plucky English orphan girl survives hardships to lead the Chicago Bulls to the NBA championship.
“Looking for Mr. Godot” – A young woman waits for Mr. Right to enter her life. She has a long wait.
“The Scarlet Pimpernel Letter” – An 18th-century English nobleman leads a double life, freeing comely young adulteresses from the prisons of post-Revolution France.
“Lorna Dune” – An English farmer, Paul Atreides, falls for the daughter of a notorious rival clan, the Harkonnens, and pursues a career as a giant worm jockey in order to impress her.
“The Remains of the Day of the Jackal” – A formal English butler puts his loyalty to his employer above all else, until he is persuaded to join a plot to assassinate Charles deGaulle.
“The Invisible Man of La Mancha” – Don Quixote discovers a mysterious elixir which renders him invisible. He proceeds to go on a mad rampage of corruption and terror, attacking innocent people in the streets and all the while singing “To Fight the Invisible Man!” until he is finally stopped by a windmill.
“Of Three Blind Mice and Men” – Burgess Meredith has his limbs hacked off by a psychopathic farmer’s wife. Did you ever see such a sight in your life?
“Planet of the Grapes of Wrath” – Astronaut lands on mysterious planet, only to discover that it is his very own home planet of Earth, which has been taken over by the Joads, a race of dirt-poor corn farmers who miraculously developed rudimentary technology and regained the ability to speak after exposure to nuclear radiation.
“Paradise Lost in Space” – Satan, Moloch, and Belial are sentenced to spend eternity in a flying saucer with a goofy robot, an evil scientist, and two annoying children.
“The Exorstentialist” – Camus’ psychological thriller about a priest who casts out a demon by convincing it that there’s really no purpose to what it’s doing.
“Fahrenheit 451 of the Vanities” – An ’80s yuppie is denied books. He does not object, or even notice.
“Singing in the Black Rain” – A gang of vicious Japanese druglords beat the sh*t out of Gene Kelly.
“Fiddlemarch” – Emotionally dessicated medievalist Dr. Casaubon is transformed when everyone in the town reveals that they are Jewish and start to dance and sing a lot.

“Nicholas and Alexandra Nickleby” – Having narrowly escaped a Bolshevik firing squad, the former czar and czarina join a troupe of actors only to find that playing the Palace isn’t as grand as living in it.

“Tarzan of the Grapes” – The beleaguered Okies of the dust bowl are savedby a strong and brave savage who swings from grapevine to grapevine.
“Curious Georgefather” – The monkey finally sticks his nose where it don’t belong.
“The Hunchback Also Rises” – Hideously deformed fellow is cloistered in bell tower by despicable clergymen. And that’s the good news.
“The Silence of the Hams” – In this endearing update of the Seuss classic, young Sam-I-Am presses unconventional foodstuffs on his friend, Hannibal, who turns the tables.
“Portnoy’s Choice” – A man is forced to choose between his right and left hand.

That’s my story and I’m sticking to it! Have a great Thursday people, and whatever you do, don’t  forget to LAUGH IT UP! Peace I am outta here, Eucman!

DAILY QUOTES...
“Researchers are claiming that humans can only maintain close relationships with five people. Which should make for an interesting Mother’s Day for my mom and her six kids.” -Conan O’Brien

“Industry experts are speculating that Chipotle could be planning to add breakfast options. Of course, Chipotle already has a breakfast option. It’s the half a burrito you woke up next to.” -Seth Meyers

“The U.S. Surgeon General released a statement this week that said more Americans should start going on walks. Then to everyone’s surprise, he added, ‘Even if you’re just going out to have a smoke. Just stand up for once.'” -Jimmy Fallon

Two fellows stopped into an English pub for a drink. They called the proprietor over and
asked him to settle an argument.

“Are there two pints in a quart or four?” asked one.

“There be two pints in a quart,” confirmed the proprietor.

They moved back along the bar and soon the barmaid asked for their order.

“Two pints please, miss, and the bartender offered to buy them for us.”

The barmaid doubted that her boss would be so generous, so one of the fellows called out to
the proprietor at the other end of the bar, “You did say two pints, didn’t you?”

Wednesday’s Movie Trivia of the day!‘ What movie is this quote from???

‘As God is my witness, I’ll never be hungry again!’
ANSWER:
Gone With the Wind! This Civil War soap-opera is almost four hours long. It also won nine Academy Awards in 1939.

Thursdays Movie Trivia of the day!

‘They call me Mister Tibbs!’

Wednesday’s Quizzler is……
Some people’s names (such as “Will Power”) suggest a certain personality or career choice. Given below are some last names and professions (in no particular order). For each last name, your task  is to think of a common first name, such that it suggests
one of the given professions. Each last name and profession must be used just once.
Example: Sonny Day would suggest a meteorologist.

The hint provides the first names.

Brock Lee – Farmer (broccoli)
Gene Poole – Biologist (gene pool)
April Schauer – Meteorologist (April shower)
Rick Shaw – Cabdriver (rickshaw)
Tim Burr – Lumberjack (timber)
Carrie Oakey – Singer (karaoke)
Thursday’s Quizzler is……….
In each sentence below, two words are incomplete. The two words end in the same three letters, so they look like they should rhyme, but they don’t. See if you can figure out the missing letters in each sentence.
Example: One symptom of bronchitis is a ro___ co___. (The two words are: rough & cough.)

LOOK for answers to today’s quizzlers in FRIDAY’S Jokes, Quotes, Quizzlers & Teases!  Like this newsletter? Want to receive it daily? Also, if you are on the list and do not want to continue to receive this email and would like your name removed from this distribution list, please send an email to the Eucman at Eucstraman@hotmail.com.https://dailyjokesquotesquizzlersandteases.wordpress.com/
LINKS: http://www.slampi.org., http://www.hopeBUILD.org. http://www.GodLovesPraise.com, http://www.stlzoo.org