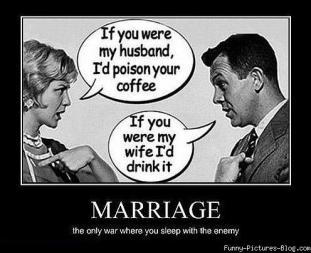 WELCOME to Monday, June 26, 2017.
Monday’s Punography……
You can tune a piano, but you can’t tuna fish.
To write with a broken pencil is pointless.
When fish are in schools, they sometimes take debate.
A thief who stole a calendar got twelve months.
When the smog lifts in Los Angeles U.C.L.A.
The batteries were given out free of charge.
A dentist and a manicurist married. They fought tooth and nail.
A will is a dead giveaway.
With her marriage, she got a new name and a dress.
A boiled egg is hard to beat.
When you’ve seen one shopping center you’ve seen the mall.
Police were called to a day care center where a three-year-old was resisting a rest.
A bicycle can’t stand alone; it is two tired.
When a clock is hungry it goes back four seconds.
The guy who fell onto an upholstery machine is now fully recovered.
He had a photographic memory which was never developed.
When she saw her first strands of grey hair she thought she’d dye.
Acupuncture is a jab well done. That’s the point of it.
Those who get too big for their pants will be exposed in the end.
That’s my story and I’m sticking to it! Have a great Monday people and
whatever you do, don’t forget to LAUGH IT UP! Peace, I am outta here, Eucman!
DAILY QUOTES…
“A study has confirmed that eating less increases your lifespan. The study goes on to advise the residents of Wisconsin to get their affairs in order.” -Conan O’Brien
“Summer officially begins tonight. So if you’re wondering why your kids stopped going to school, that’s probably the reason.” -Jimmy Kimmel
“A company has developed a smart duvet, which can control a person’s body temperature. The way it works is, when you get hot you kick it off.” -Seth Meyers
G U A R A N T E D T O M A K E Y O U L A F F….
A panda walks into a restaurant and orders a sandwich. When he receives the check, he pulls out a gun, fires it several times, then walks out the door. A stunned patron then asks the waiter, “What was that all about?” The waiter responded, “That’s just the way pandas are,” and walked away. Well, the patron didn’t know what a panda was, so at home that night he looks up “panda” in the dictionary and what he finds explained everything: “Panda: A large black-and-white bear-like mammal, native to China; eats shoots and leaves.”😐
Friday’s Movie Trivia of the day!‘ What movie is this quote from???
‘Let’s look at this from a standpoint of status. What do we got on the space craft that’s good?’
ANSWER: Apollo 13! The flight director says this when it seems all systems have failed.
Monday’s Movie Trivia of the day!‘ What movie is this quote from??
‘Fifty bucks, Grandpa. For seventy five the wife can watch.’
Friday’s Quizzler is……….
In this teaser you are to try and discover the quotation concealed in the lines.
The quote has been broken up into two-letter fragments. Furthermore, I have
removed any punctuation and jumbled the two-letter fragments about so the word
order has been disarranged. You have to rearrange the quotation and decide where
the words begin and where they end. Good luck!
he fo ay od if et ve pl on of mu si cb lo
ANSWER: A leader is a dealer in hope. Napoleon Bonaparte
Monday’s Quizzler is……….
When Question Mark unlocked the door, he thought that he would see his wallet straight away. But Skid Mark (Question’s brother) decided to put the wallet in a safe. The combination is three 2-digit numbers which can be expressed like this:
xx-xx-xx
You are given the following clues to work out the combination:
The total of the three numbers is 39.
The second number is half of the third number.
The first number is the third number minus 1.
Can you find Question’s wallet in time? It’s all up to you.
LOOK for answers to today’s quizzlers in TUESDAYS Jokes, Quotes, Quizzlers & Teases!  Like this newsletter? Want to receive it daily? Also, if you are on the list and do not want to continue to receive this email and would like your name removed from this distribution list, please send an email to the Eucman at Eucstraman@hotmail.com.https://dailyjokesquotesquizzlersandteases.wordpress.com/
LINKS: http://www.slampi.org., http://www.hopeBUILD.org. http://www.GodLovesPraise.com, http://www.stlzoo.org