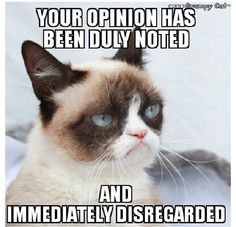 WELCOME to Wednesday, August 9, 2017.
Really Bad Analogies….
Even in his last years, grandpappy had a mind like a steel trap, only one that had been left out so long, it had rusted shut.
Shots rang out, as shots are wont to do.
The plan was simple, like my brother-in-law Phil. But unlike Phil, this plan just might work.
The young fighter had a hungry look, the kind you get from not eating for a while.
He was as lame as a duck. Not the metaphorical lame duck, either, but a real duck that was actually lame. Maybe from stepping on a landmine or something.
The Ballerina rose gracefully en pointe and extended one slender leg behind her, like a dog at a fire hydrant.
It was an American tradition, like fathers chasing kids with power tools.
He was deeply in love. When she spoke, he thought he heard bells, as if she were a garbage truck backing up.
Her eyes were like limpid pools, only they had forgotten to put in any pH cleanser.
She walked into my office like a centipede with 98 missing legs.
Her voice had that tense grating quality, like a generation thermal paper fax machine that needed a band tightening.
It hurt the way your tongue hurts after you accidentally staple it to the wall.
She was sending me mixed signals like a dyslexic third-base coach.
That’s my story and I’m sticking to it! Have a wonderful Wednesday people and
whatever you do, don’t forget to LAUGH IT UP! Peace, I am outta here, Eucman!
DAILY QUOTES…
“I used to work in a fire hydrant factory. You couldn’t park anywhere near the place.”
–Steven Wright
“Enjoy when you can, and endure when you must.”
–Johann Wolfgang von Goethe
“There is no such thing as ‘fun for the whole family.'”
–Jerry Seinfeld
G U A R A N T E D T O M A K E Y O U L A F F…. Penny was a hard working, conscientious girl, who lived on her own. Her dream in life was to go on an ocean cruise around the world. So she scrimped, and she saved, and she saved, and she scrimped until finally, one day, she had enough money to go on her ocean cruise. She booked passage on a cruise liner – first class all the way… The cruise started off in a grandiose scale, dancing and parties every night. But Penny was a cautious girl, so she never drank, but just danced the night away.
One night, after they had been at sea for a week, Penny was walking back to her cabin, when the heel on her left shoe broke throwing her off balance. If that wasn’t enough, the ship chose that moment to tilt to the left. As a result, Penny was thrown overboard. A hue and a cry were immediately raised, and after about five minutes they found Penny. Hauling her aboard, the ship’s crew realized that it was too late, poor Penny was dead.
Normally, they would have done a burial at sea, but as I said before, Penny was a very conscientious girl, and had written a will. In it, she specified that she wished for her body to be cremated, and kept in a jar on her parent’s fireplace mantel. Her wishes were fulfilled, which just goes to show you that a Penny saved is a Penny urned.😐
Tuesday’s Movie Trivia of the day!‘ What movie is this quote from???
“Sweet? Where do you get off? Where do you get sweet? I am dark and mysterious, and
I am PISSED OFF! I could be very dangerous to all of you! And you should know that about me… I am THE ENEMY!”
ANSWER: Almost Famous! William is in one of the many hotels that he stays at with the band, and is talking to the ‘bandaids’ who decided to tell him that he is a sweet boy.
Interesting little tid-bit about this movie, the lead singer from Red House Painters plays the bass guitar for the band Stillwater.
Wednesday’s Movie Trivia of the day!‘ What movie is this quote from??
“How do we seem to you? Do you find us beautiful, magical? Our white skin, our fierce eyes? “Drink” you ask me, do you have any idea of the thing you will become?”
Tuesday’s Quizzler is……….
There is a word in the English dictionary that has 3 double letters in a row.
What is it?
ANSWER: Bookkeeper!
Wednesday’s Quizzler is……….
I was on a road trip with a friend when we drove past a very tall radio tower. I told my friend “That thing has to be at least a thousand feet tall!” He looked out the window for a moment, and said “I’ll bet it’s closer to 1500 feet.” We stopped at a gas station and asked how tall the tower was, and it was exactly 1500 feet tall! Now that I owe my friend a steak dinner, how could he tell how tall the tower was?
TODAY’S QUIZZMASTER OF THE DAY AWARD GOES TO MS. ANDREA L. BANKS! 🙇🙇🙇🙇
LOOK for answers to today’s quizzlers in THURSDAYS Jokes, Quotes, Quizzlers & Teases!  Like this newsletter? Want to receive it daily? Also, if you are on the list and do not want to continue to receive this email and would like your name removed from this distribution list, please send an email to the Eucman at Eucstraman@hotmail.com.https://dailyjokesquotesquizzlersandteases.wordpress.com/
LINKS: http://www.slampi.org., http://www.hopeBUILD.org. http://www.GodLovesPraise.com, http://www.stlzoo.org