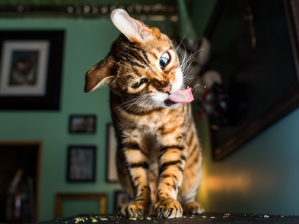 Do not argue with an idiot. He will drag you down to his level and beat you with experience.

The last thing I want to do is hurt you. But it’s still on my list.

Light travels faster than sound. This is why some people appear bright until you hear them speak.

If I agreed with you, we’d both be wrong.

We never really grow up, we only learn how to act in public.

War does not determine who is right – only who is left.

Knowledge is knowing a tomato is a fruit. Wisdom is not putting it in a fruit salad.

Evening news is where they begin with ‘Good Evening,’ and then proceed to tell you why it isn’t.

To steal ideas from one person is plagiarism. To steal from many is research.

I thought I wanted a career. Turns out I just wanted paychecks.

Whenever I fill out an application, in the part that says, ‘In case of emergency, notify: ‘I put ‘DOCTOR.’

I didn’t say it was your fault, I said I was blaming you.

Women will never be equal to men until they can walk down the street with a bald head and a beer gut, and still think they are sexy.

A clear conscience is the sign of a fuzzy memory.

Money can’t buy happiness, but it sure makes misery easier to live with.

There’s a fine line between cuddling and holding someone down so they can’t get away.

I used to be indecisive. Now I’m not so sure.

That’s my story and I’m sticking to it! Have a great Tuesday people, and whatever you do, don’t forget to LAUGH IT UP! Peace I am outta here, Eucman!

Cheese, wine, and a friend must be old to be good. Cuban Proverb

Always do sober what you said you’d do drunk. That will teach you to keep your mouth shut. Ernest Hemingway

Be nice to nerds. Chances are you’ll end up working with one. Bill Gates

When a subject becomes totally obsolete we make it a required course. Peter F. Drucker

Did you ever walk in a room and forget why you walked in? I think that’s how dogs spend their lives. Sue Murphy

It’s a bad week for the stock market. Helium was up, but feathers were down. Paper was stationary,  but pencils lost a few points. Elevators rose but escalators continued their slow decline. Switches were off and mining equipment hit rock bottom. The raisin market has dried up. Pampers remained unchanged while Sun peaked at mid-day. Scott tissues touched a new bottom. 😎

Wednesday’s Movie Trivia of the day! What movie is this quote from??? ‘Swear on your mother’s good name? Even if she goes to hell because you lied?’

Super Scrabble is a game for eight players. Two boards are used, and the two sets of tiles are combined. The players, in turn, can play on either of the boards. To determine the order of play, each player draws a tile. Howard drew “T”, Betty drew “J”, Walter drew “H”, Lily drew “O”, Fred drew “B”, Nancy drew “F”, and Jason drew “M”. After drawing her letter, Alice asked, “Can anyone logically figure out what letter I drew?” After a few moments, Jason replied, “I know what letter you drew.”  He was correct. What letter did Alice draw? How did Jason know?

Answer: Alice implied that there was a logical solution. Jason (as well as Alice) noticed that each person drew a letter that could replace the first letter of his/her name to make a valid English word. Using the same formula, the only letter that Alice could have drawn was “S”.
Howard, T, toward
Betty, J, jetty
Walter, H, halter
Lily, O, oily
Fred, B, bred
Nancy, F, fancy
Jason, M, mason
thus
Alice, S, slice

Wednesday’s Quizzer is…… Can you find the one word for each list that can be added to the end of each word in its list to create a new word, compound word, or phrase?

out
be
in
sub