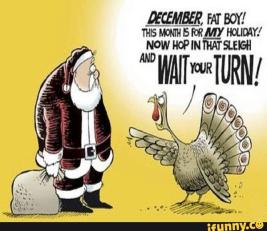 WELCOME to Monday November 19, 2018.
Pondering thoughts….
1. Never take life seriously. Nobody gets out alive anyway.
2. Health is merely the slowest possible rate at which one can die.

3. Give a person a fish and you feed them for a day; teach a person to use the Internet and they won’t bother you for weeks.
4. Some people are like Slinkies… not really good for anything, but you still can’t help but smile when you see one tumble down the stairs…
5. Health nuts are going to feel stupid someday, lying in hospitals dying of nothing…

6. Whenever I feel blue, I start breathing again.
7. All of us could take a lesson from the weather. It pays no attention to criticism.
8. Why does a slight tax increase cost you two hundred dollars and a substantial tax cut saves you thirty cents?
9. In the 60’s people took acid to make the world weird. Now the world is weird and people take Prozac to make it normal.
10. Politics is supposed to be the second oldest profession. I have come to realize that it bears a very close resemblance to the first.😱

That’s my story and I’m sticking to it! HAVE A GREAT MONDAY PEOPLE!

Whatever you do, don’t forget to LAFF IT UP! Peace, I am outta here, Eucman!

DAILY QUOTES…
“I think the bottom-line difference between being single and married is this: When you’re single you’re as happy as you are. When you’re married, you can only be as happy
as the least happy person in the house.” –Tom Hertz

My husband was waterskiing when he fell into the river. As the boat circled to pick him up, he noticed a hunter sitting in a duck boat in the reeds. My husband put his hands in the air and joked, “Don’t shoot!” The hunter responded, “Don’t quack.”

I’d never had surgery, and I was nervous. “This is a very simple, noninvasive procedure,” the anesthesiologist reassured me. I started to feel better until he continued, “Heck, you have a better chance of dying from the anesthesia than the surgery.”

Traveling down the interstate and needing to use the bathroom, I stopped at a
rest area and headed to the restrooms.

I was barely sitting down when I heard a voice from the other stall saying: ‘Hi, how are you?’

what got into me, but I answered, somewhat embarrassed, ‘Doin’ just fine.’

And the other person says: ‘So what are you up to?’

What kind of question is that? At that point, I’m thinking this is too

bizarre so I say: ‘Uhhh, I’m like you, just traveling.’

question. ‘Can I come over?’

Ok, this question is just too weird for me but I figured I could just be polite and

end the conversation. I tell them ‘No, I’m a little busy right now!’

Then I hear the person say nervously… ‘Listen, I’ll have to call you back. There’s

an idiot in the other stall who keeps talking to me.’😁

“You’re gonna fit right in. Everyone in here is innocent, you know that? Heywood, what you in here for?”
“Didn’t do it.”

ANSWER: The Shawshank Redemption! In the events leading up to this scene, young banker Andrew Dufresne (Tim Robbins) is convicted of the murder of his wife and is sent to Shawshank Prison (but is later seen to be innocent). In this scene, when Andy first arrives at the prison, he approaches a group of prisoners and introduces himself

to Ellis Boyd “Red” Redding (Morgan Freeman). Red recognizes his name and calls him the “wife-killin’ banker.” Andy protests that he didn’t do it and Red responds with line one. Prisoner Heywood (William Sadler) confirms Red’s evaluation with line two. In the 1995 Academy Awards, “The Shawshank Redemption” was nominated in seven categories, including Best Picture (but lost to “Forrest Gump”). Although this movie was just a modest financial success in theaters, it became one of the most popular video rentals of all time. This movie was adapted from Stephen King’s short story
titled “Rita Hayworth and Shawshank Redemption.”

Monday’s Movie Trivia of the day! What movie is this quote from???

“And the answer to your question is, yes – if you fight for me, you get to kill the English.”
“Excellent!”

Each of the clues below describe a name of a candy. Can you name that candy?
Example: Earth’s neighbor = Mars.

Monday’s Quizzer is……
What is this famous saying?

LOOK for answers to today’s quizzlers in TUESDAY’S Jokes, Quotes, Quizzlers & Teases!  Like this newsletter? Want to receive it daily? Also, if you are on the list and do not want to continue to receive this email and would like your name removed from this distribution list, please send an email to the Eucman at Eucstraman@hotmail.com.https://dailyjokesquotesquizzlersandteases.wordpress.com/