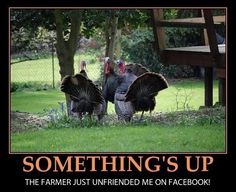 Did you Know…
1. Many years ago, in Scotland, a new game was invented. It was ruled “Gentlemen Only…Ladies Forbidden” … and thus the word GOLF entered into the English language.😏😁😎

3. If you were to spell out numbers, how far would you have to go until you would find the letter ‘A’? A. One thousand
4. Men can read smaller print better than women can; women can hear better.

5. Only two people signed the Declaration of Independence on July 4th, John Hancock and Charles Thomson. Most of the rest signed on August 2, but the last signature wasn’t added until 5 years later.
6. It is almost impossible to lick your elbow.  😁

11. Each king in a deck of playing cards represents a great king from history: Spades – King David, Hearts – Charlemagne Clubs -Alexander, and the Great Diamonds – Julius Caesar. That’s my story and I’m sticking to it! HAVE A GREAT TUESDAY PEOPLE!

Whatever you do, don’t forget to LAFF IT UP! Peace, I am outta here, Eucman!

DAILY QUOTES…
As the manager of our hospital’s softball team, I was responsible for returning equipment to the proper owners at the end of the season. When I walked into the surgery department carrying a bat that belonged to one of the surgeons, I passed several patients and their families in a waiting area. “Look, honey,” one man said to his wife. “Here comes your anesthesiologist.” 😐

En route to Hawaii, I noticed one of my passengers in the coach section of the airplane dialing her cell phone. “Excuse me. That can’t be on during the flight,” I reminded her. “Besides, we’re over the ocean, you won’t get a signal out here.” “That’s okay,” she said. “I’m just calling my daughter. She’s sitting up in first class.”

Laughter connects you with people. It’s almost impossible to maintain any kind of distance or any sense of social hierarchy when you’re just howling with laughter. Laughter is a force for democracy. — John Cleese
Laughter serves as a blocking agent. Like a bulletproof vest, it may help protect you against the ravages of negative emotions that can assault you in disease. — Norman Cousins

“Give me a sentence about one of the public servants we
learned about today,” said a teacher.

One small boy wrote: “The fireman came down the ladder
pregnant.”

The teacher took the boy aside to correct him. “Don’t you
know what pregnant means?” she asked.

“Sure,” he said confidently. “It means carrying a child.”😱

Monday’s Movie Trivia of the day!‘ What movie is this quote from???

“And the answer to your question is, yes – if you fight for me, you get to kill the English.”
“Excellent!”

Answer: Braveheart! In the events leading up to this scene, William Wallace (Mel Gibson) attempts to unite all the individual fighting groups in 13th-century Scotland into one big army in its battle to overthrow English rule. In this scene, Wallace is trying to persuade Irish fighter Stephen (David O’Hara) to join his army and answers his question with line one. Stephen is satisfied with his answer and replies with line two. This movie tells the mostly true story of Wallace (although documentation about the details is sketchy, at best). In the 1996 Academy Awards “Braveheart” won five Oscars, including Best Picture and Mel Gibson for Best Director and was nominated for five more. One

significant deviation from history is that the Battle of Stirling Bridge was shown in the movie as being fought on an open plain. In actuality, a narrow bridge separated the English and Scottish forces. The Scottish waited to attack until the English were only partially across, and the bridge was too narrow for the rest of the English to rapidly cross once the fighting started. When asked by a local why the battle was filmed on an open plain, Mel Gibson answered, “The bridge got in the way.” “Aye,” the local responded, “That’s what the English found.”

Tuesday’s Movie Trivia of the day! What movie is this quote from???

“Well, the DA defines murder as one human killing another, so, technically, you can’t commit murder, can you?”  “Does this make us friends?”

Monday’s Quizzer is……. What is this famous saying?

Answer:  No pain, no gain! In a backwards sequence, every alphabetical letter comes with the suffix “ain” except “p” and “g” and hence “no p-ain”, “no g-ain”.

Tuesday’s Quizzer is……
Your task here is to change one letter in each of the following words, in order to find three (3) words with a common theme.

HAVE A GREAT THANKSGIVING WEEK, LOOK for answers to today’s quizzlers in MONDAY’S November 26th Jokes, Quotes, Quizzlers & Teases!  Like this newsletter? Want to receive it daily? Also, if you are on the list and do not want to continue to receive this email and would like your name removed from this distribution list, please send an email to the Eucman at Eucstraman@hotmail.com.https://dailyjokesquotesquizzlersandteases.wordpress.com/