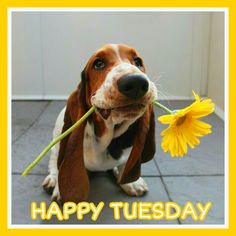 1. The circus had to renew their insurance policy. They were in a hurry, so the insurance company issued a three ring binder.

2.  I once knew a woman who turned into a deer when the moon was full. She was a real weredoe.

4.  After a night out on the town the wine-drinking pirate captain had a port list.

5.  The dentist’s favorite shopping center was ‘The Gap’.

6.  If a judge loves the sound of his own voice, expect a long sentence.

7.  For a while, Houdini used a lot of trap doors in his act, but he was just going through a stage.

8.  The gingerbread man thought he couldn’t be caught, until he met his baker.

9.  The study of ancient symbols will lead you to rune.

12.  Promiscuous is the Greek Goddess of liberal favors.

13.  The bowling alley employees went on strike when their boss said he couldn’t spare them a raise in pay.

14.  Pencils could be made with erasers at both ends, but what would be the point?

15.  An acquaintance of mine let me try his mixture of basil, olive oil, garlic, and ground pine nuts. We immediately became pesto friends.😳

That’s my story and I’m sticking to it! Have a happy Tuesday people and whatever you do, don’t forget to LAFF IT UP! Peace, I am outta here, Eucman!

“I am always doing that which I can not do, in order that

I may learn how to do it.”- Pablo Picasso
“Sometimes I lie awake at night, and I ask, ‘Where have I
gone wrong?’ Then a voice says to me, ‘This is going to
take more than one night.'”- Charles M. Schulz (Charlie Brown in “Peanuts”)
“If you enjoy your alcohol, remember this: If you put your
old, rotten liver under your pillow, the Beer Fairy will
leave you a keg.” –Paul Tomkins
“The weirder you’re going to behave, the more normal you
should look. It works in reverse, too. When I see a kid
with three or four rings in his nose, I know there is
absolutely nothing extraordinary about that person.”
-P. J. O’Rourke
“More Americans can name the three stooges than the three
branches of government. Well, that’s because the three
stooges are more likely to get something done.”

Guaranteed to Roll Your Eyes….
​For many years I worked as a receptionist and switchboard
operator at a busy company. After a good annual review, my
supervisor told me I was up for a raise, pending approval
of the vice president.

A month later, my supervisor called me into his office and
told me the VP had refused to approve the raise.

His reason? I clearly wasn’t doing my job. Every time he
saw me, I was either chatting with someone in the lobby or
talking on the phone.😐

Monday’s Movie Trivia of the day!‘ What movie is this quote from??? “We named the dog Indiana.”

Answer:  Indiana Jones and the Last Crusade
Our favorite archaeologist and his father team up to try and find the Holy Grail before the Nazis can get their hands on it. This line comes at the very end of the movie when Sallah asks Henry why he’s always calling Indiana ‘Junior’. Henry answers that Indie’s name is really Henry Jones, Junior.

Tuesday’s Movie Trivia of the day! What movie is this quote from??? “What exactly does this stuff do?”  “If the rocket renders it aerosol, it could take out an entire city of people.” –  “Really? And what happens if you dropped one?”  “Happily, it’ll just wipe out you and me.”

Monday’s Quizzler is….Take the given words, and by moving a single letter from one word to the other, make a pair of synonyms, or near synonyms. For example, given: Boast – Hip, move the ‘s’ from ‘Boast’ to ‘Hip’ creating two synonyms: Boat – Ship.

Tuesday’s Quizzler is……. Given the word STANDARD, take away two letters and add three digits to make a logical sequence.