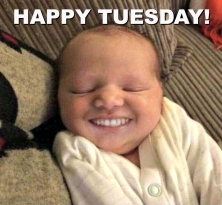 1. “I demand a salary commiserate with my extensive experience.”

2. “I have lurnt Microsoft office 7.0 computor and spreadsheat progroms”

3. “Received a plague for Salesperson of the Year.”

9. “I was working for my mom until she decided to move.”

10. “I have an excellent track record, although I am not a horse.”

11. “I am loyal to my employer at all costs… Please feel free to respond to my resume on my office voice mail.”

12. “I procrastinate, especially when the task is unpleasant.”

13. “As indicted, I have over five years of analyzing investments.”

15. “Reason for leaving last job: They insisted that all employees get to work by 8:45 every morning. Could not work under those conditions.”

Do yourself a favor people, PROOF your resume before you send it out, it could mean the difference between a really good laff and a job!

That’s my story and I’m sticking to it! Have a Happy Tuesday people and whatever you do, don’t forget to LAFF IT UP! Peace, I am outta here, Eucman!

I read this article that said the typical symptoms of stress
are eating too much, impulse buying, and driving too fast.
Are they kidding? That’s my idea of a perfect day.

“I had a linguistics professor who said that it’s man’s
ability to use language that makes him the dominant species
on the planet. That may be. But I think there’s one other
thing that separates us from animals. We aren’t afraid of
vacuum cleaners.” —-Jeff Stilson

“What really concerns me about these new “smart” appliances
is that even if we like the features, we won’t be able to
use them. I don’t know how to operate my TV, which requires
THREE remote controls. One control (44 buttons) came with
the TV; a second (39 buttons) came with the VCR; the third
(37 buttons) was brought here by the cable-TV man, who ap-
parently felt that I did not have enough buttons. So when
I want to watch TV, I’m confronted with a total of 120
buttons, identified by such helpful labels as PIP, MTS,
DBS, F2, JUMP and BLANK.” -Dave Barry


Guaranteed to Roll Your Eyes….

My 17-year-old niece asked me if she could use my name as a
reference on her resume’, which she planned to submit to a
local fast-food restaurant. I agreed.

A few days later she called and asked me to meet her at the
restaurant later that afternoon. When I asked her why, she
replied, “The manager wants me to come in for an interview,
and she told me to bring my references.”😱😳😁

Monday’s Movie Trivia of the day!‘ What movie is this quote from???  “He hates these cans, stay away from these cans.”

Navin (Steve Martin) finds his name in the phone book and says “Page 73 – Johnson, Navin R.! I’m somebody now! Millions of people look at this book everyday! This is the kind of spontaneous publicity – your name in print – that makes people. I’m in print! Things are going to start happening to me now.” Sadly, the sniper picks Naven randomly from the phone book as his victim. The 1979 film, “The Jerk”, is a very funny film where Steve Martin is raised by a poor black family and decides he is going to make something of himself. In this scene, Navin R. Johnson is working at a gas station. A sniper is shooting at him, but misses and hits some oil cans. Navin exclaims aloud “He hates these cans, stay away from these cans.”
Tuesday’s Movie Trivia of the day! What movie is this quote from???“I never told you, but you sound a little like Dr. Seuss when you’re drunk”.

Monday’s Quizzler is…. Emperor Akbar once ruled over India. He was a wise and intelligent ruler, and he had in his court the Nine Gems, his nine advisors, who were each known for a particular skill. One of these Gems was Birbal, known for his wit and wisdom. The story below is one of the examples of his wit. Do you have it in you to find out the answer?

Emperor Akbar was very fond of Birbal as were many of the village people. However, this made quite a few of Akbar’s other ministers jealous.

One day, they decided to come up with a plan to rid them of the “great” Birbal. To avoid suspicion from falling on them, they took the help of the emperor’s barber in this plan.

A week later, while Akbar was receiving a haircut, the barber lightly mentioned that he knew of someone who could allow Akbar to reach and even converse with his ancestors who had passed away, but he also stated the man who would go to the heavens would have to be witty, intelligent and wise. Akbar instantly recommended Birbal for the task.

Birbal was told that a fire would be lit around him and the smoke would carry him to heaven; however, chanting would protect him from burning to his death. Birbal instantly knew that this was a plan to get rid of him, but not wishing to anger the emperor, he agreed to perform this task in a month. During this period of time, he asked some laborers to build a tunnel connecting his house to the cemetery, where the “rites” would be held.

When the day came, Birbal escaped his death by going to his house where he stayed for a month growing out his beard. A month later, he went back to Akbar’s palace. When asked about the health of Akbar’s ancestors, Birbal replied that they were doing very well but were missing just one thing.

What did Birbal say they were missing in heaven?

Answer:  Birbal stated that there weren’t any barbers in heaven and said that was the reason for his long beard. Since Akbar now knew a way to reach them, he asked for his barber to be sent. Realizing that he would die in the fire, the emperor’s barber confessed what he and the ministers did and no one dared to conspire against Birbal again.

Here are some well-known expressions rewritten into “Cliff-ese”. For those of you who don’t know what that means, he was a very wordy person on the TV show “Cheers” and never used a small word where a larger one would work. Try to figure out the phrases in simpler terms.

1. To place a primitive agricultural conveyance in a position anterior to the animal Equus caballus.

2. It requires a number of people greater than one to perform a terpsichorean series of low dips and twisting steps on the toes.

3. To accumulate an excess of temperature beneath a circular, tight-fitting clothing component.

4. Emanating from a culinary vessel into a site of pyrogenic activity.