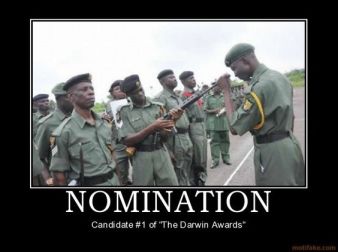 I’m a big fan of whiteboards. I find them quite re-markable.

Why was King Arthur’s army too tired to fight? A. It had too many sleepless knights.

Which country’s capital has the fastest-growing population? A. Ireland. Every day it’s Dublin.

I asked my French friend if she likes to play video games. She said, “Wii.”

Yesterday, a clown held the door open for me. It was such a nice jester!

The machine at the coin factory just suddenly stopped working, with no explanation. It doesn’t make any cents!

I was going to make myself a belt made out of watches, but then I realized it would be a waist of time.

Did you hear about the auto body shop that just opened? It comes highly wreck-a-mended.

What’s the difference between a hippo and a Zippo? A. A hippo is really heavy, and a Zippo is a little lighter.😁

Why can’t you run through a campground? A. You can only ran, because it’s past tents.😐

Q: What did the watermelon say to the cantaloupe? A: You’re one in a melon

Q: What do you call an everyday potato? A: A commentator

Q: What do you call a lazy kangaroo? A: A pouch potato

Q: Why did the banana go to the doctor? A: It wasn’t peeling well

Q: What do you call a bear with no teeth? A: Gummybear

That’s my story and I’m sticking to it! Have a great Monday weekend people & whatever you all do, don’t forget to LAFF IT UP! Peace, I am outta here, Eucman!

“Researchers are developing a stay-sober pill that will prevent you from getting drunk off of alcohol. It’s perfect for the drinker who wants all the calories of alcohol but none of the fun.” -Conan O’Brien

“A British tech company has debuted new technology that lets clothing store mannequins talk about the outfit they are displaying. Said the inventor,  ‘The idea came to me in a nightmare.'” -Seth Meyers

Guaranteed to Roll Your Eyes….
An elderly woman died last month. Having never married, she requested no male pallbearers. In her handwritten instructions for her memorial service, she wrote, “They wouldn’t take me out while I was alive, I don’t want them to take me out when I’m dead.” 😁

Friday’s Movie Trivia of the day! What movie is this quote from??? “People all say that I’ve had a bad break. But today…today, I consider myself the luckiest man on the face of the Earth.”
Answer:  The Pride of the Yankees!
“The Pride of the Yankees” stars Gary Cooper as legendary Yankee first baseman Lou Gehrig, a gifted baseball player whose life was cut short by Amyotrophic Lateral Sclerosis, also known as Lou Gherig’s disease. The film follows Gehrig from his days as a star player for the Columbia University baseball team, his eventual signing by the Yankees, and finally his losing battle against the deadly disease. The film, which was released in July of 1942, also featured a few of Gherig’s former teammates including, Babe Ruth, Bill Dickey and Bob Meusel portraying themselves. The quote comes from a farewell speech delivered by Gehrig to an adoring Yankee Stadium crowd.

Monday’s Movie Trivia of the day! What movie is this quote from??? “Well, the truth of the matter is, I don’t report to a Commissioner. I report to a committee. Some of whom are appointed, some elected, and the rest co-opted on a bi-annual basis. It’s a quorum, so to speak.”

Joe needed some extra money, so he decided to take a summer job with a local gift shop, as a delivery boy. Joe had just loaded the van, when a gust of wind blew his delivery list out of his hand and into a puddle of water. The ink ran and 5 entries were smudged out. Joe remembers some of the details of the deliveries, but needs help reconstructing his list so he can get back to work. Using the clues below, can you help Joe figure out who each gift was delivered to, the occasion for the gift, the street each recipient lives on and the time the gifts are to be delivered?

1) Gretta does not live on Story St.

2) Both the 11 am delivery and the one made to Sarah were flowers.

4) The last delivery of the day was a stuffed animal given as a birthday gift.

5) Jill (who just had a baby) did not receive a stuffed animal, nor was her gift delivered at noon.

6) The delivery on Julian Ave (which wasn’t to Gretta) was tulips.

8) The teddy bear was delivered 1 hour before Sarah received her gift, but 2 hours after the delivery on Story St.

Answer:  Thanks to you, Joe remembered the missing details of the list. He made his deliveries on time and managed to take home $25 in tips!
Jill’s friends sent balloon to her home on Story St. at 10 am to welcome the new baby.
Gretta received roses from her husband at 11 am for their anniversary. They live on Dory Dr.
Diane heard a knock at her door on Brady Ln at noon. She received a teddy bear “bearing” get well wishes, as she had been ill for several days.
Sarah just received a promotion and her co-workers sent tulips to her Julian Ave home at 1 pm.
Tava received a tiger for her birthday at 2 pm. She lives on Manor Ct.

You may find fire within me
Though to water I’ve been compared.
You may also find a twinkle
When through my pane you stare.

When of wind I am the calm
The center holding still.
When of you, a different part
My bottom lid, my sill.

You may look into me
only to see through.
You may indeed look out of me
Through my frame of varied hue.

The riddle in three parts
as letters in my name.
The riddle shows you who I am
But tell me just the same.

LOOK for answers to today’s quizzlers in MONDAYS, Jokes, Quotes, Quizzlers & Teases!  Like this newsletter? Want to receive it daily? Also, if you are on the list and do not want to continue to receive this email and would like your name removed from this distribution list, please send an email to the Eucman at Eucstraman@hotmail.com.https://dailyjokesquotesquizzlersandteases.wordpress.com/