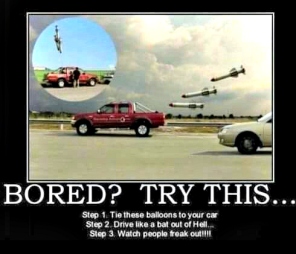 1. He left for a vacation at his lodge, taking his favorite two great dames with him.

2. Rev. Hammond was congratulated on being able to get his parish plastered.

3. His left thumb, which was shot away, is doing nicely.

4. We’ve got fifty Yankees married into English nobility right now. Some of them are duchesses. Some are countesses. Eleven are baronesses. Only one is a lady.

5. The font so generously presented by Mrs. Smith will be set in position at the east end of the Church.

6. Babies may now be baptized at both ends.

7. The church is now forming a Little Mothers Club. All women desiring to become Little Mothers are asked to meet with the pastor in his study after services.

8. Dr. Gilbert Murray, O.M., will celebrate his ninetieth birthday quietly at his home at Boars Hill, near Oxford, tomorrow, with his wife, Lady Mary Murray. They have been married 66 years. This evening he is to broadcast in the BBC Home Service a talk called “Unfinished Battle.” 😁

9. A loudspeaker system has been installed in the church. It was given by one of the members in memory of his wife.

That’s my story and I’m sticking to it! Have a great weekend people & whatever you all do, don’t forget to LAFF IT UP! Peace, I am outta here, Eucman!

“Nothing is impossible. Some things are just less likely than others.” – Jonathan Winters

“Did you hear about this? This is one of those only in California stories – elementary school students in Berkeley are receiving a class credit for ‘lunch.’ Since they learn about nutrition, lunch is now considered a class. See, that’s when you know we’re getting too fat in this country, when students are actually majoring in lunch!” –Jay Leno
“I was watching the movie ‘300’ yesterday. The ancient Greek stories are strange. The story of  Odysseus is basically the story of a long, hellish commute; and along the way, a sorceress turns Odysseus’ friends into pigs… which is not really magic if you’ve ever been to a high school reunion.” -Craig Ferguson
“Realism…has no more to do with reality than anything else.” – Hob Broun
“What a blessing it would be if we could open and shut our ears as easily as we open

and shut our eyes!” – Georg Christoph Lichtenberg
“Failure is not the only punishment for laziness; there is also the success of others.” – Jules Renard

Doug asks, “I know you’re crazy about that little daughter of yours, Bill. What are you going to do when she starts to date?”
Bill says, “I figure I’ll take the first young man aside, put my arm around his shoulder, and pull him close to me so that only he can hear. Then I’ll say, “Do you see that sweet, little young lady? She’s my only daughter, and I love her very much.

If you were thinking about touching, kissing, or being physically affectionate to her in any way,  just remember…I don’t mind going back to prison.” 😐😁😎

Thursday’s Movie Trivia of the day! What movie is this quote from??? “Ah Miss Blaine, you dance like a herd of cattle. You are a rare woman who lights up a room simply by leaving it!”

Answer:  Kate and Leopold!
The scene for this quote takes place as Leopold (Jackman) makes a comment about an oafish female suitor as she leaves the dance floor.

Friday’s Movie Trivia of the day! What movie is this quote from??? “I own the hotel, and I live there. My life is very much like Monopoly.”

2. Toffee
Clue: A sweet treat that is sometimes made with nuts or raisins.
Toffee is a candy that is made by boiling molasses with butter. Common toffee flavors are rum & butter, chocolate, vanilla, chocolate, rum & raisin, and honeycomb.

3. Keelless
Clue: A term that can be used to describe boats and ships.
A keel is a structural element of a ship that is called the “spine of the ship.” It is a long beam in the center of the ship that the hull is built around. Keel is an interesting word because some scholars believe it to be the first English language word ever recorded in writing.

4. Appellee
Clue: A character in a courtroom.
An appeal, in law jargon, is the request to change a ruling made by one court. Often appeals are filed in higher courts that have the ability to reverse rulings made by lower courts. The party that files the appeal is appellant. The appellant wants the first ruling changed. The other party is the appellee. The appellee won the case in the lower court and wants the ruling to stay unchanged.

5. Walloon
Clue: A Belgian language.
Walloon is a Romance language heard in Wallonia, Belgium. It sounds most like the French language. However, it is not a French dialect. People who speak the Walloon language are called Walloons.

Take the given words, and by moving a single letter from one word to the other, make a pair of synonyms, or near synonyms. For example, given: Boast – Hip, move the ‘s’ from ‘Boast’ to ‘Hip’ creating two synonyms: Boat – Ship.

LOOK for answers to today’s quizzlers in MONDAYS, Jokes, Quotes, Quizzlers & Teases!  Like this newsletter? Want to receive it daily? Also, if you are on the list and do not want to continue to receive this email and would like your name removed from this distribution list, please send an email to the Eucman at Eucstraman@hotmail.com.https://dailyjokesquotesquizzlersandteases.wordpress.com/