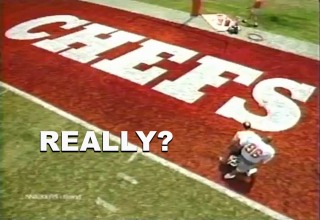 That’s my story and I’m sticking to it! Have a happy Tuesday people & whatever you do,

don’t forget to LAFF IT UP! Peace, I am outta here, Eucman!

bar that creates drinks using lemons and herbal ingredients instead of alcohol. And this

“On Monday in Vermont, a barrel of maple syrup fell off a truck and spilled all over the
highway. Luckily, it broad-sided a French toast truck.” -Conan O’Brien

“The Baltimore airport just got a gym where you can work out while you wait for a flight.

waiting in airports and exercise.” -Jimmy Fallon
“Airbnb is planning to launch a luxury service for mansions. They say it’s perfect for people who want to have everything stolen from their mansion.” -Jimmy Fallon
“Spirit Airlines recently gave a family 21 years of free travel after a mother went into labor and gave birth mid-flight. Though they probably should have given those free
flights to the guy sitting next to her.” -Seth Meyers

How did people first figure out that it was cicadas that make that noise? I could see that taking a long time. I bet there was like a thousand years where people were like, ‘Yeah, the trees are screaming. They do that in the summer.’

Guaranteed to Roll Your Eyes….
Recently, I bought a cartridge for my printer. It came in a box mounted on a card and wrapped in plastic. When I took it apart, I found that the printer cartridge itself was actually quite small, but they made the packaging unnecessarily large to make it harder to steal and to make the customer feel better about the high price.

marriage should have the same effect: It made me seem more valuable and also made me harder for other women to steal.

Monday’s Movie Trivia of the day! What movie is this quote from??? “Is that what I’m supposed to tell your mother when she gets another folded American flag?”
“You can tell her that when you found me, I was with the only brothers I had left. And that there was no way I was deserting them. I think she’d understand that.”

Answer:  Saving Private Ryan!
In this scene Captain John Miller (Tom Hanks) and his squad of soldiers have finally located Private James Ryan (Matt Damon) and have informed him that all three of his brothers have just been killed in action. Their orders are to find Private Ryan and bring him back so he can be sent home away from the fighting. However, he chooses instead to stay with his company, trying to hold a bridge behind enemy lines. When Captain Miller asks him line one, Private Ryan replies with line two.

Tuesday’s Movie Trivia of the day! What movie is this quote from???  “Hancock, I’ve got lunatics laughing at me from the woods. My original plan has been scuppered now that the jeeps haven’t arrived. My communications are completely broken down. Do you really believe any of that can be helped by a cup of tea?”
“Couldn’t hurt, sir.”

See if you can figure out the words in this “pyramid” using the hints given below. Each new word contains the same letters as the previous word, plus a new letter.

1) First letter of the English alphabet
2) Present; attending
3) Loves picnics
4) A small biter
5) Pro ballplayers have one
6) An attracting object
7) An article of clothing
8) A heated debate

What same three letters fit into the following five combinations to form 5 words?