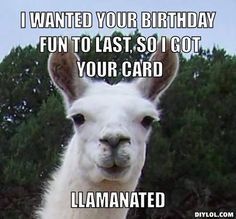 * Home is where you hang your @.
* The E-mail of the species is more deadly than the mail.
* A journey of a thousand sites begins with a single click.
* You can’t teach a new mouse old clicks.
* C: is the root of all directories.
* Don’t put all your hypes in one home page.
* Pentium wise; pen and paper foolish.
* The modem is the message.
* Too many clicks spoil the browse.
* The geek shall inherit the earth.
* A chat has nine lives.
* Don’t byte off more than you can view.
* Fax is stranger than fiction.
* What boots up must come down.
* Windows will never cease.
* Virtual reality is its own reward.
* Modulation in all things.
* A user and his leisure time are soon parted.
* Know what to expect before you connect.
* Oh, what a tangled website we weave when first we practice.
* Speed thrills.

* Give a man a fish and you feed him for a day, teach him to use the Net and he won’t bother you for weeks.

That’s my story and I’m sticking to it! Have a wonderful Wednesday people & whatever you do, don’t forget to LAFF IT UP! Peace, I am outta here, Eucman!

“A censor is a man who knows more than

he thinks you ought to.” – Granville Hicks

“I want an official Red Ryder, carbine action, two-hundred shot range model air
rifle!”- Peter Billingsley as Ralphie Parker in “A Christmas Story”
Few people are capable of expressing with equanimity opinions which differ from the prejudices of their socialenvironment. Most people are even incapable of forming such opinions.” – Albert Einstein
It has been my experience that folks who have no
vices have very few virtues.” – Abraham Lincoln
Television is for appearing on – not for looking at.” – Noel Coward
Guaranteed to Roll Your Eyes….
A preacher of the old school was describing the events of Judgment Day and, of course, he used Biblical phraseology whenever he could. “Oh, my friends,” he intoned, “imagine the suffering of the sinners as they find themselves cast into the outer darkness, removed from the presence of the Lord and given to eternal flames. My friends, at such a time there will be weeping, wailing and a great gnashing of teeth!”

At this point, one of the elders of the congregation interrupted to say, “But Reverend,

what if one of those hopeless sinners has no teeth?” The preacher crashed his fist on the pulpit, “My friends, the Lord is not put out by details. Rest assured… teeth will be provided!” 😳😁😎

Tuesday’s Movie Trivia of the day! What movie is this quote from??? “Hancock, I’ve got lunatics laughing at me from the woods. My original plan has been scuppered now that the jeeps haven’t arrived. My communications are completely broken down. Do you really believe any of that can be helped by a cup of tea?”
“Couldn’t hurt, sir.”

Answer:  A Bridge Too Far!
In this scene British Major General Robert Urquhart (Sean Connery) has just experienced the Murphy’s Law that maintains, “If anything can go wrong, it will go wrong.” He is part of Operation Market Garden, an ambitious (but failed) attempt by the Allies to end World War II in Europe quickly. The plan was to use airborne paratroopers to secure three bridges behind German lines and then link up with a ground thrust by the British 30 Corp, allowing easy access over the Rhine River into Germany. General Urquhart’s part of the plan was to lead the British First Airborne Division in capturing the bridge over the Rhine at Arnhem, the Netherlands. However, Allied bombing released inmates from an insane asylum, who laughed at Urquhart’s troops, jeeps that were supposed to arrive never did, and the radios had the wrong crystals and were useless. A frustrated General Urquhart says line one and Corporal Hancock (Colin Farrell) replies with line two.

Wednesday’s Movie Trivia of the day! What movie is this quote from??? “Auda will not come to Aqaba. Not for money… for Feisal… nor to drive away the Turks. He will come… because it is his pleasure.”
“Thy mother mated with a scorpion.”

What same three letters fit into the following five combinations to form 5 words?

Each of the clues below describe the name of a candy. Can you name them? Example: Galaxy would be a Milky Way.