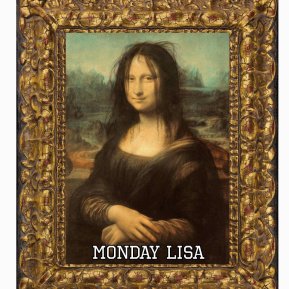 WELCOME to Monday October 21, 2019
Pondering out loud…WHY..
1. Does a pizza get to your house faster than an ambulance?
2. Are there handicap parking places in front of a skating rink?
3. Do drugstores make the sick walk all the way to the back of the
store to get their prescriptions while healthy people can buy cigarettes at the front?
4. Do people order double cheese burgers, large fries, and a diet coke?
5. Do banks leave both doors open and then chain the pens to the counters?
6. Do we leave cars worth thousands of dollars in the driveway and
put our useless junk in the garage?
7. Do we use answering machines to screen calls and then have call waiting
so we won’t miss a call from someone we didn’t want to talk to in the first place?
8. Do we buy hot dogs in packages of ten and buns in packages of eight?
9. Do we use the word ‘politics’ to describe the process so well: ‘Poli’ in Latin
meaning ‘many’ and ‘tics’ meaning ‘bloodsucking creatures’?

10. Do banks have drive-up ATM machines with Braille?😱

That’s my story and I’m sticking to it! Have a great Monday people and
whatever you do, don’t forget to laff it up! Peace, I am outta here! Eucman!
Quotes of the Day
“One of the keys to happiness
is a bad memory.” – Rita Mae Brown
“I have learned to use the word ‘impossible’
with the greatest caution.” – Wernher von Braun
“It is impossible to defeat an ignorant
man in argument.” – William G. McAdoo
“A new study says that in America rich people are
ruder than poor people. I didn’t think anyone
hadn’t figured that out.” Craig Ferguson

“A family in Brooklyn found a boa constrictor in their couch.

They were beginning to get suspicious because they were
the only apartment in New York that didn’t have rats.” -David Letterman
Guaranteed to Roll Your Eyes….
A priest is driving down to New York and gets stopped for
speeding in Connecticut. The state trooper smells alcohol on
the priest’s breath and then sees an empty wine bottle on
the floor of the car. He says, “Sir, have you been drinking?”
“Just water,” says the priest. The trooper says, “Then why
do I smell wine?” The priest looks at the bottle
and says, “Good Lord! He’s done it again!”  😳😱😁😎(Lovthisrepost)
Friday’s Movie Trivia of the day! What movie is this quote from??? “
“As for me, I’m just a slave, a living slave.”
Answer:   William Holden/”Bridge on the River Kwai”!
William Holden portrays American Navy Commander Shears. In a conversation with Colonel Nicholsen (played by Alec Guiness) he tries to stress the importance of the Japanese war prisoners being treated like soldiers while they’re being forced to build a bridge. The entire quote is “I hope they can remain soldiers, Colonel. As for me, I’m just a slave, a living slave.”

The movie is a fictional account of a bridge being built by POWs as part of the Burma railway in WWII. It was filmed mostly in present day Sri Lanka. The movie won several Academy Awards including Best Picture.

Monday’s Movie Trivia of the day! What movie is this quote from???
“It’s the beast in me.”
Friday’s Quizzler is….​
Many fears disappear when we become adults, but some fears are never outgrown. Five friends recently discovered that they were all, to some extent, afraid of the dark. None sleep in total darkness; each prefer to have a different light on all night. With further discussion, each also admitted that he or she performs a different nightly routine before retiring. Can you discover each person’s full name, the light he or she keeps on at night, and each person’s habitual practice before bedtime?
Friends: Donald, Gretchen, John, Dawn, Stephanie
Last names: Upgraff, Foster, Weatherton, Buchanan, Young
Routines: Closes closet door, checks locks, put a phone by the bed, pulls down the shades, and looks under the bed
Lights: Desk lamp, hall light, night-light, overhead light, computer screen
1. Either Donald or Stephanie admitted with some embarrassment that he or she always checks under the bed before getting in it.
2. The person who double checks all the house locks sleeps with either the Winnie-the-Pooh night-light or a desk lamp on.
3. The five people are: Gretchen, Dawn, Buchanan, the person who sleeps with his or her computer screen lit, and the person who always keeps a phone near the bed for security.
4. Weatherton (who isn’t Dawn) and the person who sleeps with a night-light are members of the opposite sex.
5. Neither John nor Stephanie sleeps with the hall light on.
6. Dawn isn’t the person who pulls down the shades at night.
7. The person who sleeps with the overhead light on (who is surnamed either Foster or Young) doesn’t find it necessary to keep a phone by the bed.
8. Mr. Upgraff routinely closes the door to his closet, lest the creepy things that lurk within emerge while he sleeps.
9. Buchanan doesn’t sleep with the Winnie-the-Pooh night-light.

10. Young sleeps with either a desk light or the overhead light lit.

These seemingly “nonsense” words have pairs of opposites in them. For example:
lshoorntg would be “Long /Short” (LshOorNtG). If you’ve noticed, the letters in the
words are always in the same order. Get the idea? Great! Now try these!
1) Wfateirer
2) Grsokuynd
3) Rpoiocrh
4) Frbeoiezle
5) Ppenecinl
6) Wmaomnan
7) Ldaigrhkt
8) Ounvderer
9) Cdilreatny
10) Riwrgohngt
LOOK for answers to today’s quizzlers in TUESDAYS, Jokes, Quotes, Quizzlers & Teases!  Like this newsletter? Want to receive it daily? Also, if you are on the list and do not want to continue to receive this email and would like your name removed from this distribution list, please send an email to the Eucman at Eucstraman@hotmail.com.https://dailyjokesquotesquizzlersandteases.wordpress.com/
RECOMMENDED WEBSITE LINKS:
http://www.slampi.org, http://www.hopeBUILD.org, http://www.GodLovesPraise.com, https://elisabethluxe.com, http://www.themuscleministry.com.
CHECK OUT MY BOOK online at https://www.amazon.com/dp/B07FF669PT/ref=sr_1_1?s=digital-text&ie=UTF8&qid=1531337765&sr=1-1&keywords=The+Banquet+Servers+Hand+Guide#, Amazon.com: The Banquet Servers Hand Guide (Basic) eBook: Euclid Strayhorn: Kindle Store. http://www.amazon.com