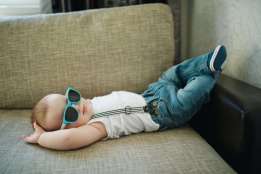 The Positive Side of Life…..

Living on Earth is expensive, but it does include a free trip around the sun every year.
How long a minute is depends on what side of the bathroom door you’re on.
Birthdays are good for you; the more you have, the longer you live.
Happiness comes through doors you didn’t even know you left open.
Ever notice that the people who are late are often much jollier than the people who have to wait for them?
If Walmart is lowering prices every day, how come nothing is free yet?
Some mistakes are too much fun to only make once.
Don’t cry because it’s over; smile because it happened.
We could learn a lot from crayons: some are sharp, some are pretty, some are dull, some have weird names, and all are different colors….but they all exist very nicely in the same box.

A truly happy person is one who can enjoy the scenery on a detour.

Wednesday’s Quizzler is…….
Oh, no! Chris, Dan, Jorge, Karl, and Eric have forgotten about Valentine’s Day! And, it’s February 13th! Each has bought a last-minute gift for his girlfriend, fiancee, or wife, wrapped in a different color. Figure out which gift each bought, the wrapping color, who he bought for, and what the relationships are.
The five men are Dan, the guy who sent roses, the man who sent chocolate, Eric, and Zoe’s fiance.
The roses were wrapped in green. The chocolate was not wrapped in pink and white.
The teddy bear was given to the 4 month girlfriend, who is not Tina.
A delighted wife received a gift wrapped in purple. An equally happy girlfriend, not Tina, had a red-covered present.
Carla has been dating for only 4 months, and Zoe was the most recently engaged.
No man has the same first initial as his girlfriend, fiancee, or wife.
Eric wasn’t proposing to Tina, but gave her a ring, anyway. They are not married.
Chris knows Zoe hates mushy stuff, so he got her an electronic device, wrapped in a color not normally associated with Valentine’s Day.

Jorge gave his fiancee a gift in emerald wrapping paper that matched the color of her eyes.

LOOK for answers to today’s quizzlers in THURSDAYS, Jokes, Quotes, Quizzlers & Teases!  Like this newsletter? Want to receive it daily? Also, if you are on the list and do not want to continue to receive this email and would like your name removed from this distribution list, please send an email to the Eucman at Eucstraman@hotmail.com.https://dailyjokesquotesquizzlersandteases.wordpress.com/
RECOMMENDED WEBSITE LINKS: