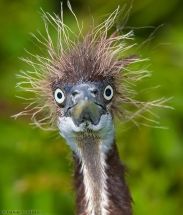 Thursday’s Movie Trivia of the day! What movie is this quote from??? ”
“Talk to the hand.”
Answer:  ‘Terminator 3 – Rise of the Machines’
Don’t let that put you off, the film is quite good overall! This time, Arnie is up against the better TX model robot who is set on killing future saviour of mankind, John Connor, and the Terminator too if she can, to ensure the rise of the machines happens. In the previous “Terminator” films, John Connor thinks that the technology that ends up taking over the world, SkyNet, has been destroyed but as the film progresses, he finds out things that will change his, and everyone else’s lives, for ever.
Is it a bad reflection of Arnie’s acting ability that in his three best films he had to play an emotionless robot?
Friday’s Movie Trivia of the day! What movie is this quote from???
“You think I’m licked. You all think I’m licked. Well, I’m not licked. And I’m gonna stay right here and fight for this lost cause, even if this room gets filled with lies like these. And the Taylors and all their armies come marching into this place. Somebody will listen to me.
_______________________________________________________
Thursday’s Quizzler is….​
The following clues lead to two words or phrases that are the phonetic reverse of each other. When you answer the first clue and flip the syllables, you get the second answer. (Phonetic only, not letters.)Using the clues below, please find the words/phrases in question.
Example: Impertinent * Teetertotter
Answer: Saucy/Seesaw
1. Fundamental * Where the doctor works on a naval ship
2. Government assistance for the poor * Goodbye
3. Worst possible Test Score * Optimistic
4. Relevant * What Jesus was born in

Friday’s Quizzler is…….
During a five-night period from Monday through Friday, Eliza Pseudonym had a series of unusual dreams. Every night, she had a dream set in a different unusual place (in one dream, Eliza found herself on trial in a courtroom). In each dream, a different one of her closest friends unexpectedly appeared and said something seemingly nonsensical. Eliza noted that she had eaten something different each night before going to bed; needless to say, she has sworn not to eat any of those foodstuffs so late at night ever again! From the clues below, determine the setting of the dream Eliza had each night, which of her friends made an appearance, what each friend said, and what food item Eliza had eaten each night.
1. Eliza had a dream about her friend Carla precisely two nights before or two nights after her dream in which she was a soldier on a war-torn battlefield.
2. The dream in which a friend said, “I like shorts! They’re comfy and easy to wear!” occurred either the night before or the night after Eliza ate beef jerky.
3. Eliza ate some delicious chocolate chip cookies on the night her dream featured a friend saying, “I was raised by a cup of coffee!”
4. Barbra made an appearance in a dream precisely three nights before Eliza ate pickles.
5. The dream with Delilah in it occurred some time prior to the dream in which Eliza’s friend said, “There is no nineteenth story, so there is no Miss Zarves.”
6. Eliza dreamed that she was the host of a popular talk show either the night before or the night after her dream where a friend said, “Paleobotanical backwards licorice.”
7. Anna was in Eliza’s dream precisely one night after pretzels were eaten before going to bed.
8. A friend said, “Mr. Jock, TV quiz PhD, bags few lynx,” in the dream where Eliza was a scientist performing studies at a laboratory.
9. Eliza ate an orange precisely two nights after she dreamed about dancing to funky music at a disco.

LOOK for answers to today’s quizzlers in MONDAYS, Jokes, Quotes, Quizzlers & Teases!  Like this newsletter? Want to receive it daily? Also, if you are on the list and do not want to continue to receive this email and would like your name removed from this distribution list, please send an email to the Eucman at Eucstraman@hotmail.com.https://dailyjokesquotesquizzlersandteases.wordpress.com/
RECOMMENDED WEBSITE LINKS: