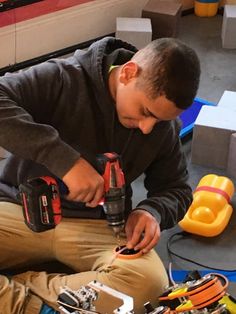 Funny Analogies……..
The young fighter had a hungry look, the kind you get from not eating for a while.
He was as lame as a duck. Not the metaphorical lame duck, either, but a real duck that
was actually lame. Maybe from stepping on a land mine or something.
Her artistic sense was exquisitely refined, like someone who can tell
butter from I Can’t Believe It’s Not Butter.
She had a deep, throaty, genuine laugh, like that sound a dog
makes just before it throws up.
It came down the stairs looking very much like something no one had ever seen before.
The dandelion swayed in the gentle breeze like an oscillating electric fan set on medium.
He felt like he was being hunted down like a dog, in a place that hunts dogs, I suppose.
The lamp just sat there, like an inanimate object.
You know how in “Rocky” he prepares for the fight by punching sides of raw beef? Well,
yesterday it was as cold as that meat locker he was in.
He was deeply in love. When she spoke, he thought he heard bells,
as if she were a garbage truck backing up.
Her eyes were like limpid pools, only they had forgotten to put in any PH cleanser.
She grew on him like she was a colony of E. coli and he was room-temperature beef.
She walked into my office like a centipede with 98 missing legs.😁
It hurt the way your tongue hurts after you accidentally staple it to the wall.
Her voice had that tense, grating quality, like a first-generation thermal paper
fax machine that needed a band tightened.
A branch fell from the tree like a trunk falling off an elephant.
Fishing is like waiting for something that does not happen very often.
They were as good friends as the people on “Friends.”
He was as bald as one of the Three Stooges, either Curly or Larry, you know,
the one who goes woo woo woo.
Her eyes were shining like two marbles that someone dropped in mucus
and then held up to catch the light.
The sunset displayed rich, spectacular hues like a .jpeg file at 20 percent cyan,
10 percent magenta, 60 percent yellow and 10 percent black.
Hey I’m just saying. That’s my story and I’m sticking to it! Have a HAPPY TUESDAY people, stay inside, stay safe, and whatever you do, don’t forget to laff it up!
Peace, I am outta here! Eucman!
_______________________________________________________
Quotes of the Day
1. “Laughing is, and will always be, the best form of therapy.” Dau Voire
2. “A day without laughter is a day wasted.” Charlie Chaplin
3. “We don’t laugh because we are happy, we’re happy because we laugh.” William James
4. “Life is better when you’re laughing.” Anonymous
5. “Laughter is a sunbeam of the soul.” Thomas Mann
6. “Laughter is an instant vacation.” Milton Berle
7. “Laugh when you can, apologize when you should, let go of what you can’t change.” Anonymous
8. “With the fearful strain that is on me night and day, if I did not laugh I should die.” Abraham Lincoln
9. “Laughter is timeless.” Walt Disney

10. “Laughter is the best medicine.” Anonymous

Wanda, a con artist, and Otto, a weapons man (read hired killer) are employed to assist in a diamond robbery that doesn’t go quite to plan. Otto is Wanda’s lover but it would be closer to the truth to say that he lusts for Wanda. He thinks that he’s smart and has a phobia about being called stupid. Wanda’s loyalties are, let’s say, pliable and at the point that she delivers the above diatribe she has decided to ditch Otto and pin her future on a down but not quite out barrister called Archie Leach (John Cleese).
Tuesday’s Movie Trivia of the day! What movie is this quote from???
“And you… you’re part… eggplant,”
_______________________________________________________
Monday’s Quizzler is….​
Starting with a one-letter word or abbreviation, add a letter and rearrange the letters to produce the next. A clue is given for each.
Maybe your car does 0 to 60 in 10 sec., but can you do this “0 to 10” in 60 sec.? Go on – get out the stopwatch!
The hint provides the starting letters of the even numbered words.
1. Ford model, known as “Tin Lizzie”
2. @
3. Traitor (slang)
4. Not before the horse, please!
5. Track down; discover
6. Collected by bees
7. Convinced, beyond any doubt
8. Completed in 6 days, according to Genesis
9. “Ashes to ashes”

LOOK for answers to today’s quizzlers in WEDNESDAYS, Jokes, Quotes, Quizzlers & Teases!  Like this newsletter? Want to receive it daily? Also, if you are on the list and do not want to continue to receive this email and would like your name removed from this distribution list, please send an email to the Eucman at Eucstraman@hotmail.com.https://dailyjokesquotesquizzlersandteases.wordpress.com/
RECOMMENDED WEBSITE LINKS: