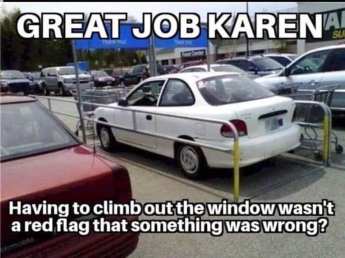 Terence Mann was a fictional author played by James Earl Jones. While sitting at the finished baseball diamond at their house, Terence Mann gives Ray this inspirational speech.
In the book, Ray Kinsella visited real-life author J.D. Salinger. The voice that Ray Kinsella heard in the movie was Ray Liotta.
Wednesday’s Movie Trivia of the day! What movie is this quote from????
“You ask me if I have a God complex. Let me tell you something. I AM GOD”.
______________________________________
Tuesday’s Quizzler is….​
A series of burglaries has plagued London. The famous private investigator, Sheerluck Holmes, is on the case. He has five suspects. As usual, Sheerluck has bungled again, and has lost his notes. Fortunately, he has memorized some of the clues. Help Sheerluck determine each man’s age, height, weight, and hair color. Also, help identify the culprit so that he can be put behind bars.
Men: Ben, Gus, Ron, Sam, Tim
Ages: 29, 32, 37, 42, 46
Weights: 166, 178, 190, 201, 216
Heights: 5’8″, 5’9″, 6’0″, 6’3″, 6’4″
Hair (descending order of darkness): black, brown, red, blonde … plus bald
1) The man who is 6’0″ tall is older than the man who weighs 178 pounds, who is older than Ben (one of these is the guilty man).
2) Ron weighs more than the brown-haired man, who weighs more than the man who is 32 years old.
3) Ben is taller than the blonde-haired man, who is taller than the man who weighs 166 pounds.
4) The man who is 32 years old has darker hair than the man who weighs 190 pounds, who has darker hair than Tim (one of these is the guilty man).
5) Each man has one measurement (age, weight, or height in inches) that is an odd number.
6) The youngest, the lightest, and the shortest … are three different men … and do not have red hair (the guilty man is not among them).
7) The oldest, the heaviest, and the tallest … are three different men … and do not have black hair (one of these is the guilty man).
8) Ben and Gus have a weight difference of 12 pounds.
9) Sam and Tim have a height difference of 3 inches.
10) Ron is not 4 years older or younger than any other man.

11) The guilty man does not have blonde hair.

Answer:  First, fill in as much of the grid as possible, while ignoring the clues about the guilty man. Then, use those clues to fill in the rest of the grid. Given that the grid has been correctly filled, the following conclusions can be drawn.

LOOK for answers to today’s quizzlers in THURSDAYS, Jokes, Quotes, Quizzlers & Teases!  Like this newsletter? Want to receive it daily? Also, if you are on the list and do not want to continue to receive this email and would like your name removed from this distribution list, please send an email to the Eucman at Eucstraman@hotmail.com., https://dailyjokesquotesquizzlersandteases.wordpress.com/
RECOMMENDED WEBSITE LINKS: