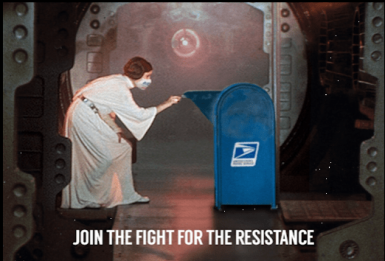 Phone Songs…..
All of the following songs may be played on a touch-tone phone.
Commas are pauses, and hyphens are held notes.


Mary Had A Little Lamb

_______________________________
Guaranteed to Roll Your Eyes….
Queen Nyteshade had two claims to fame. She could tell fortunes and she was a
midget. The local authorities frowned on her because they thought that fortune
telling was fraudulent. They had Queeny arrested. She was placed in a holding cell.
Since she was so small, she was able to squeeze between the bars of her cell and
escape. This to incensed the judge that he ordered the local newspaper to print an
article about the culprit. The following was printed in the paper the next day.
Small medium at large 😱😳😁😎
_______________________________
Monday’s Movie Trivia of the day! What movie is this quote from??? ”
“What knockers!” “Oh, thank you doctor.”

This scene is typical Mel Brooks’ humor (he was the director and co-writer of the screenplay). Doctor Frankenstein (Gene Wilder) is holding his well-endowed young lab assistant Inga (Terri Garr), who is wearing a low-cut dress. When he comments with the first line on some over-size doorknockers on the castle doors, she replies with the second. In the 1975 Academy Awards “Young Frankenstein” was nominated for two Oscars but didn’t win either. In the scene where Dr. Frankenstein and the monster (Peter Boyle) are dancing with top hats and canes (the “Puttin’ on the Ritz” scene) it is Boyle who came up with a strangled version of “Puiinin on da reeez!”
Tuesday’s Movie Trivia of the day! What movie is this quote from????
“You don’t wanna marry me.”  “Why don’t you love me, Jenny? I’m not a smart man, but I know what love is.”
_______________________________
Monday’s Quizzler is….​
“I know we should have called the police,” Eric Wembly admitted as he nursed a bump on the back of his head. “But the kidnapper said he’d kill my brother if we did. And it’s not like we couldn’t afford the ransom.”
John Wembly, the elder son of Jonas Wembly, had been missing since Tuesday. On Wednesday morning, a lone kidnapper telephoned the mansion and made his demands. The younger Wembly son, Eric, was to bring the money in unmarked bills in a duffel bag. He was to take a specific route from the mansion, parking in a downtown lot and carrying the bag through an alley to a drop site in a nearby park.
The normally cheap Jonas Wembly was frantic and willingly agreed to the terms. A midnight pay-off. Half a million dollars. And no police.
“I was halfway through the alley,” Eric testified, “when I heard footsteps. Before I could turn around I was hit on the head. I fell down. But it didn’t quite knock me out. I could see his back by the light of a street lamp. Never got to see his front. He was running away with the duffel bag. A tall guy with white sneakers. He was wearing blue jeans and a dark cardigan. Sorry I can’t be more specific.”
In the case’s one lucky break, a police officer came across Eric shortly after the attack. He called in the crime and a patrol car responded immediately. Two suspicious-looking characters were apprehended in the vicinity, both resembling Eric’s description.
“So, I was running,” Petey Bordon said angrily. He had been found two blocks from the attack and started running as soon as he saw the patrol car. Petey had a string of priors, all misdemeanors. “I’m on parole,” he admitted, “And I was carrying a knife — for my own protection at night. That’s a violation. Can you wonder why I ran away?”
The second suspect was Arnie Acker, a homeless drifter. “I wasn’t even wearing this sweater,” he protested as he unbuttoned his moth-eaten cardigan. “I picked it out of the garbage just before you guys pulled me in.”
“We didn’t find money on either one of ’em,” the chief of police told Jonas Wembly. “And we didn’t find the duffel bag. But I got a pretty good idea what happened. Don’t worry. We’ll get your son back.”
Who kidnapped John Wembly?

Eric’s testimony about the cardigan sweater gave him away. If Eric saw his attacker only from the rear, as he claimed, then it would have been impossible to tell if he was wearing a cardigan or a pullover. Eric was obviously lying. Eric eventually confessed, admitting that he and John had staged the entire kidnapping scene in order to extract money from their cheap father.

Tuesday’s Quizzler is…….
How is failure represented in the rebus below?
Options:
A) Success
B) Victory
C) Triumph

LOOK for answers to today’s quizzlers in WEDNESDAYS, Jokes, Quotes, Quizzlers & Teases!  Like this newsletter? Want to receive it daily? Also, if you are on the list and do not want to continue to receive this email and would like your name removed from this distribution list, please send an email to the Eucman at Eucstraman@hotmail.com., https://dailyjokesquotesquizzlersandteases.wordpress.com/
RECOMMENDED WEBSITE LINKS: