Monday’s Punagraphy….
A girl said she recognized me from my vegetarian club but I’d never met herbivore.

I did a theatrical performance about puns. It was a play on words.

The Energizer Bunny has been arrested and charged with battery.

I didn’t like my beard at first but it grew on me.

What do you call a dinosaur with an extensive vocabulary? A thesaurus.

Did you hear about the man who jumped off a bridge in France? He was in Sein.

When you get a bladder infection, urine trouble.

What does the clock do when it’s hungry? It goes back four seconds.

I dreamt I wrote Lord of the Rings but I think I was just Tolkien in my sleep.

Thanks for explaining the word “many” to me, it means a lot.

Atheism is a non-prophet organization.

Did you hear about the guy who got fired from the calendar factory for taking a day off?

Why do the French eat snails? They don’t like fast food.

A courtroom artist was arrested today for an unknown reason. Details are sketchy.

My computer’s got Miley Virus. It has stopped twerking.

My boss told me to have a good day. So, I went home.

What is the best thing about living in Switzerland? Well, the flag is a big plus.

The best time to open a gift is the present.

Why did the picture end up in jail? It was framed!

I used to build stairs for a living but it’s an up and down business.

Did you hear about the Italian chef with a terminal illness? He pastaway.

What happens if you eat yeast and shoe polish? Every morning you’ll rise and shine.

Have a GREAT MONDAY people, stay safe, and whatever you do, don’t forget to laff it up! Peace, I am outta here!  Eucman!

“There is so much going on in the world right now. Not just in the world, there’s a lot going on in the universe. For those of you who are looking to get off the planet, astronomers at the Carnegie Institution discovered more than 100 potentialplanets that may be habitable, which means we’re one step closer to finding a planet with intelligent life.” -Jimmy Kimmel

“In North Carolina, a mother is suing a daycare center because one of the workers there breastfed her son without permission. Authorities say she doesn’t really have a case because her son is 32.” -Conan O’Brien

Guaranteed to Roll Your Eyes
Two guys who worked together were both laid off, so off they went to the unemployment office. When asked his occupation, the first guy said, “Panty stitcher… I sew the elastic onto women’s panties.”The clerk looked up panty stitcher in her table. Finding it classed as unskilled labor, she gave him $300 a week unemployment pay. The second guy was asked his occupation. “Diesel fitter,” he replied.Diesel fitter is listed as a skilled job, so the clerk gave the second guy $600 a week. When the first guy found out he was furious. He stormed into the office to find out why his friend and co-worker was collecting double his pay.
The clerk explained, “Panty stitchers are unskilled, and diesel fitters are skilled labor.”
“What skill?!” yelled the panty stitcher. “I sew the elastic, and he pulls on it and says, “Yep, dese’ll fit ‘er.”  😱😳😁😎

Answer:  “Apollo 13”Quite possibly one of the most recognizable movie taglines, the movie quote is actually misquoted from the real Apollo 13/Houston Control transmissions during the incident. After the explosion that occurred on the service module section of the spacecraft, Command Module pilot John Swigert Jr. (played by Kevin Bacon in the film) reported back to Mission Control “Okay, Houston, we’ve had a problem here.” After the “say again” response from Houston, Mission Commander James Lovell then stated “Houston, we’ve had a problem.”. Directed by Ron Howard and released in 1995, the film also starred Bill Paxton, Gary Sinise and Ed Harris. Nominated for nine Academy Awards (including Best Picture) in 1996, “Apollo 13” won Oscars for Best Sound and Best Film Editing.

Monday’s Movie Trivia of the day! What movie is this quote from???? “You guys. You lollygag the ball around the infield. You lollygag your way down to first. You lollygag in and out of the dugout. You know what that makes you? Larry!”

Friday’s Quizzler is….​ Can you determine which common word or phrase this picture represents? 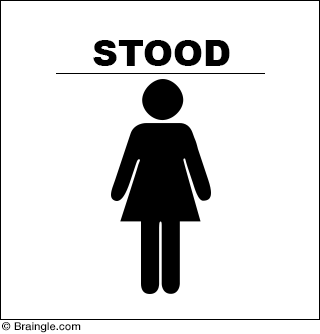 Monday’s Quizzler is…….My first is the base of a rose prominently displayed on a shelfMy second is a small space from which you cannot exit by yourselfMy whole is a biological unit and restorer of health
What am I?

LOOK for answers to today’s quizzlers in TUESDAYS, Jokes, Quotes, Quizzlers & Teases!  Like this newsletter? Want to receive it daily? Also, if you are on the list and do not want to continue to receive this email and would like your name removed from this distribution list, please send an email to the Eucman at Eucstraman@hotmail.com., https://dailyjokesquotesquizzlersandteases.wordpress.com/RECOMMENDED WEBSITE LINKS:https://elisabethluxe.com.,  http://www.themuscleministry.com.,