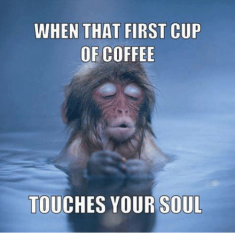 WELCOME to Thursday, October 12, 2017.
Steven Wright…………..
I wrote a few children’s books… Not on purpose.
I just got out of the hospital. I was in a speed reading accident. I hit a book mark and flew across the room.
I installed a skylight in my apartment…. The people who live above me are furious!
All of the people in my building are insane. The guy above me designs synthetic hairballs for ceramic cats.
The lady across the hall tried to rob a department store… With a pricing gun… She said, “Give me all of the money in the vault, or I’m marking down everything in the store.”
While I was gone, somebody rearranged all the furniture in my bedroom. They put it in *exactly* the same place it was. When I told my roommate, he said: “Do I know you?”
In my house there’s this light switch that doesn’t do anything. Every so often I would flick it on and off just to check. Yesterday, I got a call from a woman in Germany. She said, “Cut it out.”
Doing a little work around the house. I put fake brick wallpaper over a real brick wall, just so I’d be the only one who knew. People come over and I’m gonna say, “Go ahead, touch it… It feels real.”
In my house on the ceilings I have paintings of the rooms above… So I never have to go upstairs.
One time the power went out in my house and I had to use the flash on my camera to see my way around. I made a sandwich and took fifty pictures of my face. The neighbors thought there was lightning in my house.
That’s my story and I’m sticking to it! Have a great Thursday people and whatever you do, don’t forget to LAUGH IT UP! Peace, I am outta here, Eucman!
DAILY QUOTES…
“The federal government is starting to plan for climate change by making extended forecasts that can help people plan for extreme weather – because what can go wrong when you combine the efficiency of government with the accuracy of weathermen?” -Jimmy Fallon
“Scientists in northern California and Oregon found that marijuana gardens are threatening the salmon population. I don’t see the problem, really. Everyone loves baked salmon.” -Seth Meyers
“Archaeologists believe they have found the tomb of St. Nicholas beneath an ancient church in Turkey. St. Nicholas, of course, is the basis for the legend of Santa Claus. And they think they found him. Which means now when my son asks me if Santa is real, I can confidently say, ‘Yes! He is dead though. That’s why you didn’t get that bike.'” -James Corden
G U A R A N T E D T O M A K E Y O U L A F F….
A father and son went fishing one day. After a couple hours in the boat, the boy suddenly became curious about the world around him.
He asked his father, “How does this boat float?”
The father thought for a moment, then replied, “Don’t rightly know, son.”
The boy returned to his contemplation, then turned back to his father, “How do fish breathe underwater?”
Once again the father replied, “Don’t rightly know, son.”
A little later the boy asked his father, “Why is the sky blue?”
Again, the father replied. “Don’t rightly know, son.”
Worried he was going to annoy his father, he says, “Dad, do you mind my asking you all of these questions?”
“Of course not, son. If you don’t ask questions, you’ll never learn anything!”😐😱
Wednesday’s Movie Trivia of the day!‘ What movie is this quote from???
‘Happy New Year…in this country we say HAPPY New Year.’
ANSWER: Trading Places! This is said by Clarence Beeks, getting after Eddie Murphy’s character for saying ‘Merry New Year.’
Thursdays Movie Trivia of the day!‘ What movie is this quote from??
‘Sanka, you dead?’
Wednesday’s Quizzler is……….
What is strange about the words in the group below, apart from the fact that they are all four letters long?
NEAR
LAME
ARMS
CAME
DEAL
GAIN
WINE
SCAR
HIND
ANSWER: The words are made up entirely of abbreviations for states in the United States of America.
NE AR
LA ME
AR MS
CA ME
DE AL
GA IN
WI NE
SC AR
HI ND
AL = Alabama
AR = Arkansas
CA = California
DE = Delaware
GA = Georgia
HI = Hawaii
IN = Indiana
LA = Louisiana
ME = Maine
MS = Mississippi
ND = North Dakota
NE = Nebraska
SC = South Carolina
WI = Wisconsin
Thursday’s Quizzler is……….
Each of the following clues refers to a word that begins with “ten”. Can you guess all ten of them?
1. Inclination
2. Delicate or gentle
3. A sinew
4. A racket game
5. Capable of being stretched
6. Between the bass and alto
7. Stretched tight
8. Unsubstantial
9. A dwelling
10. An opinion held to be true.
LOOK for answers to today’s quizzlers in FRIDAYS Jokes, Quotes, Quizzlers & Teases!  Like this newsletter? Want to receive it daily? Also, if you are on the list and do not want to continue to receive this email and would like your name removed from this distribution list, please send an email to the Eucman at Eucstraman@hotmail.com.https://dailyjokesquotesquizzlersandteases.wordpress.com/
LINKS: http://www.slampi.org., http://www.hopeBUILD.org. http://www.GodLovesPraise.com, http://www.stlzoo.org